From Uncyclopedia, the content-free encyclopedia
(Redirected from Manners)
Jump to navigation Jump to search 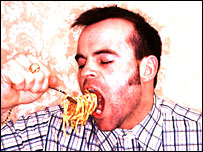 ~ Kombie on releasing his body from rabid weasels

Table manners were discovered by Martha Stewart during her exploration of Africa in the 19th century. They're a collection of universal social norms inscribed in a chunk of the Great Rift Valley granite, measuring 114.4cm at its tallest point, while being 72.3cm wide and 27.9cm thick. It was named the Rosetta Stone. The origins of the stone remain a mystery to this day, although it would appear that there were some breed of homos behind it. After decades of unsuccessful attempts to decipher its contents, king of The United Kingdom, Winston Churchill discovered during one of his boozing sprees that the inscriptions on the stone were perfectly legible given sufficient degree of intoxication by the reader. Since then table manners have been shaping the hospitality industry worldwide.

Original inscription, sometimes jokingly referred to the dirty dozen, is fairly difficult to perfectly translate into English. There are 7 decipherable items plus 15 others in the list and they are maybe in the order of importance. The following is the most commonly accepted translation: 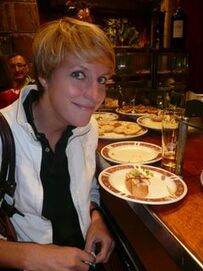 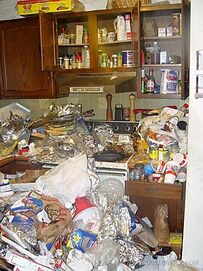 Modern table manners take a variety of forms. There are versions for politicians, convicts and the lactose intolerant, just to name a few.

Cleaning your ass with a spear: Sometimes, when you're in the bathroom, and you run out of toilet paper, the only thing left to do is to take the vintage spear and wipe your ass with that. It is a lot more sanitary, and you won't have to scream for help like those people who run out of toilet paper. (Unless, of course, it penetrates...never mind. Afterward, you may do battle with it. And yes, we feel it is necessary to dedicate an entire paragraph solely for this purpose.)

Funerals: In the words of Monty Python "Alright, he's dead. Let's not shit all over him". Of course, though, you can't spell funeral without "fun".

Greeting Someone:It is polite to eat shit at people. Redundant, but that's all they had in medieval times.

Elders: It is perfectly acceptable to pee on an elder, as long as you say that you thought that they were a tree.