LARP is a little-known entry in the DSM IV as a sub-entry under Delusional Schizophrenia. LARP is an acronym for Loser Attracting Reality Psychosis. This debilitating disease of the mind affects people (mostly males) as they reach that difficult stage at the beginning of their teenage years. It seems to often be set off by the young teenager being exposed to Computer Games which have the common theme of gameplay set in the dark or middle ages (and often in dark or middle roomsyeah, that totally makes sense).

There are however more renegade psychological researchers that claim this may even have roots which stretch as far back to early childhood where the LARPer's (as people who suffer this disease are known as) parents read them too many fairytales these early years which puts the child at a pre-disposition of developing LARP.

In this sad and knee-jerk inducing disease, the young LARPer teenager becomes increasingly unable to distinguish between fantasy and reality. It is at this point that the parents often hear the word "Loser" being used to describe the child.

LARP can also be read out as Laughing At Retarded People.

The accepted progression of the disease[edit] 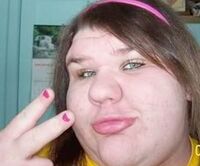 3) The child has friends which also may be described as "losers" and they spend increasing amounts of time together huddled in a circle (often in a darkened room) and exclamations such as "Yieldith!" and "Do you Rue it?!" coming from within.

NB: At this stage the disease has reached the point of no return and is about to shift onto a whole new level! It is now that the line between the game and reality seems to become completely blurred in the sufferer's mind.

4) The "game" (which you have now lost) is now taken into the real world as all traces of the child are lost and the reality of the character takes over. The LARPer will now act and dress the part at almost all times.

5) On weekends they will take the new reality out of the bedroom and into nature where real battles between many LARPer-Losers will take place using various props to help add to the fantasy world they all live in. This is when the disease has reached the peak of its destruction. 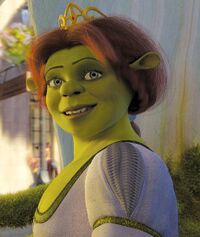 The transformation at advanced stages

(Note: Cewr is convurment to an MMORPG with inpropar spelling and articles) The cure for this cruel disease is unknown. Therapy seems to be a good place to begin. Prevention is better than cure and on writing this article there is a huge need for more awareness to be raised regarding LARPers and their disease. Although most LARPers will grow out of the disease at the end of their teen years, there are a number of sufferers whom will continue to perpetuate their fallisious reality into late life - these are the saddest cases of all and the biggest losers you will ever meet! Hi Mom!

It has, however, been postulated that genetic modification using a special version of the girlfriend gene may cure this horrible condition. LARPers who have received this treatment have, on occasion, been shown to lose their symptoms, either slowly or all at once. However, there is a very real danger that this will leave the ex-LARPer embittered and prone to using extreme sarcasm in dangerous amounts, without regard for losses. This has meant that such research has usually been combined with experimental methods of grue control.

It is theoretically possible that use of this therapy may lead not to the healing of the LARPer, but to the subsequent infection of his girlfriend, creating a dangerous super-race of girlfriend-gene carrying LARPers who would soon reproduce and conquer the entire universe. However, it is believed that a massive coalition consisting of Sauron, Darth Hitler and a ninja has so far prevented this.

While it is hypothetically possible, there has been no real-world incidence of LARP being transmitted genetically. However, there is a little-known trend for LARPers to marry one another. Although there have been no recorded instances of in-character sex, the anti-LARP organisation Chick Publications is keeping a lookout, eager to prevent this abominable degradation of the sex act.

Scientists recently discovered evidence that LARP is the result of a bacterial virus called J-ockulitis. People most susceptible to the LARP virus are born physically unintimidating, genetically incapable of improving themselves to deal with the real world, and too mentally unbalanced to have a reasonable relationship with a human being with pursuits that go beyond questing for Mordor. Due to their physical disabilities J-ockulitis, or J-ock, has famously been blamed for exacerbating the problem and amplifying it.

J-ock 1- After being a victim of J-ock LARPer's begin showing symptoms such as staying in the front of the bus, wearing Justin beiber T-Shirts to school (which symbolizes a lowered immune system to J-ock), hacking computers at school instead of playing real activities, inability to have fun around others, locking self in room at all times yet suspiciously never masturbating (LARP- being a disease that removes almost all remaining vestiges of attraction that a member of the opposite sex might have to a LARP infected person, also mercifully seems to destroy the sex drive of the infected LARPer. This allows people who aren't victims of J-ock to get better mates. A process of natural selection).

There are several strains of the LARP currently being researched.

Since more theories of LARP being a curable disease have been presented in the media, a new counter-movement has sprung up. They believe that becoming a LARPer is not a choice at all but that they have been born this way. LARP Pride rallies have become more visible and both they and their supporters have become more outspoken against so-called Ex-LARPers claiming to have been cured. They believe their kind are the target of a nationwide "Witch Hunt" by leaders who have succumbed to the Forces of Darkness and as a result the pro-victim-complex group known as Wicca have spoken out publicly in support of the pro-LARP movement. The combined forces of a pseudo-religion and overweight losers has left some politicians worried that this may be more than a passing fad and that soon both Wiccan's and LARPers will begin campaigning for equal rights, essentially giving them the same rights as human beings, to things like education and jobs.

ProLARP Movement Leaders, upon hearing this, have confirmed it is definitely something they wish to see happening in future. They also claim that they would like additional methods of integration to be adopted by government institutions through teaching things like Spell-Casting, Swordsmanship and Bar-Wenching in grade schools and colleges across the country.