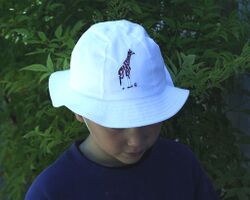 A hat in its natural habitat, here feeding on a human youngling

Ever been caught out using the age-old phrase "if that happens (if Labour manage to stay in power/if anyone watches Celebrity Big Brother/if you've got any proof, Poirot) I'll eat my hat"? Well, thanks to new research performed by the country's leading hatisticians, you need no longer worry about losing such a wager, for in a few simple steps your headgear can be transformed from decoration to delicacy! Below are some recipes which will satisfy even the most fussy of eaters: 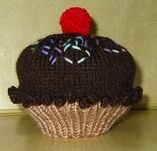 Here's one I made earlier

Don't have a cook? Don't know how to cook? Don't have a kitchen? Then you need plan Z. Plan Z involves making edible (no-bake) hats. Here are a few basic examples (for advanced plans contact us at 1-800-555-plnz for a full catalog, cost 21$) :

Hats are great to eat for fun.

Hats have much essential Omega-3 hatty acids- in growing children this is essential. However, many hats have an extremely large saturated hat level.Experts therefore have concluded that the more easily saturated hats -like woolly hats- should be consumed as a special treat only. This being said, other hats- like berets and top hats- are generally regarded as perfectly balanced. Try the new range of vitamin supplements available from Poland and Harlet, which provide essential Omega-3 hatty acids. Also, woolshops is now opening a new range of Hat meat - this one doesn't have cyanide!! (No guarantee.)