HowTo:Climb the no rung Ladder

Climbing the no rung ladder is difficult. I mean really difficult. Words can't express the sheer amount of hard work it is. Fuck it, here goes.

One with no rungs is good start. If not, steal a ladder and remove rungs. Hmm, so far so good, unless you're caught that is.

What About Climbing a Ladette ?[edit]

Kate Moss wasn't in when I tried that so let's stick to ladders eh ? 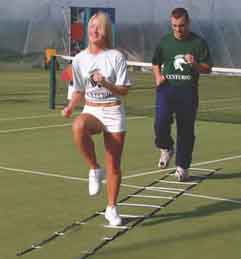 This is how you create rungless ladders under supervision. The woman is running backwards towards her trainer - breaking the rungs as she goes .

Ok, you've got the ladder, checked it has no rungs, now we can begin. Prop the ladder against the wall/building/electricity pole you wish to do whatever you want to do something to. Yeah, that makes sense...

Climbing. Hmm, no rungs. Ok, grab the sides of the ladder and kinda like shimmy yourself up. Fall down? Yeah, thought so. Don't give up though, that's for wimps. Your not a wimp, right? You need balls for this and maybe fingers made of pick-axes to grab hold of the wall incase the ladders too difficult to climb. Try again. The sides fell over? Bugger. This is hard work.

This was more difficult than i thought. There's a solution if you're chickening out. Under the cover of darkness, steal another ladder with rungs, paint the rungs brick colour or the colour of whatever the hell it's going to be placed against. Thats more like it! Put a safety barrier around the ladder, not for safety but to keep people from touching the ladder and thus ruining the captivating illusion.

What manual ? Well you should have picked that up when you found the ladder. The choice is yours. Do you go ahead or go back to the start of this article again. Fortune May Reward Your Efforts - something handy to write down on your forehead.

Train with a Ninja Warrior[edit]

Train with the contestants to the Japanese game show Ninja Warrior (a timed obstacle course where a rungless ladder is considered easy) or just watch the show on television and take notes.

Kate Moss is now back home[edit]

NNNNOOOO . Stop changing the subject you - Dammit Janet ! I will leaving climbing up a ladette to other less gifted hands.

Still Trying With No Rungs?[edit] 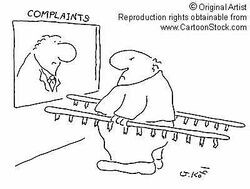 Keep it simple and don't bitch.

Good luck! You're obviously very special. Why do i say that? You've just read the simple solution and you're still trying! Then again, is there any finer sight than a retard trying to climb a no runged ladder? I'll let you decide...

Famous People and No Rung Ladders[edit]