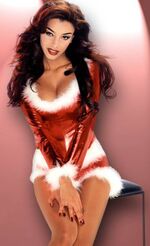 Let me guide you through the process of building that Great Empire of yours, honey. Not sure how I sound? Think of a combination of Morgan Freeman and Barry White.

Remember back in the day, when empires were all the rage? That was a long time ago. Unfortunately, after the Second World War, the United Nations created a policy that required empires all around the world to renounce their empires and begin the embarrassing process of decolonizing them. Well you know that I think? Fuck you, United Nations! Empires are cool, and some races of people are born to be oppressed!

This page will teach you all you need to know about creating that empire you always dreamed of, and hey, having one may take people's focus off of your small penis! Trust me, with empires, you'll get all the bitches, whether they want sex, or not!

Part One: So You've Decided You Want an Empire, Eh?[edit]

Congratulations on taking the first step to forging that great empire you always dreamed of! First things first, all great empires are dictatorships. To become a dictator, just write "DICTATOR" on a sticky label, place it on your left breast and voilà! You are now a dictator! All you need now is an empire, with people in it to boss around. Yeah, and you thought this was gonna be easy!

Behold, the British Empire! Was there ever something so glorious?

Take a leaf out of the book of the glorious British Empire. Not only did they have their share of brute force, but they also took over territory that was controlled by people much weaker than them, or even territory that had no occupants at all! To start with, you're going to have to take over easy, quite crappy territory, such as Antarctica, Western Sahara or portions of sea. Wait, shit, I missed a step, you need an army an' stuff first.

Black people are known for their ability to steal. Perhaps they could help you with stealing that money.

So yeah, you need some hired guns to kill natives and defend your territorial claims. You're gonna need quite a lot of money for this. I recommend robbing a bank, buying soldiers, paying them to rob banks and give you the money, buy more soldiers, repeat until rich. This could have been an additional step, could't it? Okay, I'm renaming this step. There are a number of ways you can obtain the man power for th

Part One and a Half: You Need an Army[edit]

There are a number of ways you can obtain the man power for your army. Money shouldn't be an issue by this point, so some of these methods may sound too expensive, but trust me, they won't be. Anyway, ways to get man power:

1. Go to Africa, offer people food and water, they follow you, give them guns, tell them to shoot stuff you command them to, they agree. Done. Next method.

2. Go to an army-leader-man, give him money, tell him to do what you say. Done. Next method.

3. Go to scientist, tell him to make you loads of robots with guns, give him money, he gives you gun robots.

Any of these should be fine, they're not tested but trust me they'll work, buddy.

Part Three: Have a Break, Have a Kit Kat[edit]

All this empire building is hard work, isn't it? Tell you what, champ, you deserve a break. Here, I've got a Kit Kat, you can have half. Oh, you want it all? Well, I suppose, I'm not that hungry. You know, I really like you. I mean I really like you. Okay, if you're sure. Just open your trousers, I'll do the rest. Jesus! That's big! For a guy that wants a global empire, you're certainly not trying to compensate for anything! I must have you in my mouth! Mmm, salty.

Part Four: You've Got Your Army, Time For World Domination![edit]

Wow, that was fantastic! We should do that again some time, your penis is just so... massive! Anyway, let's be professional now, we have an article to get through. So you've got an army. In itself, that's still quite an achievement, so let me be the first to say well done! Now, you need to buy some accessories for your army, such as weaponry and training. So, actually, I've skipped about two steps again. Fuck. Okay, what I'm gonna do, I'm going to make two more steps between Part Three and Part Four, I'll call them "Part Three and a Bit" and "Part Three and Another Bit", and I'll get back to Part Four shortly. Let's write!

Part Three and a Bit: Your Army Needs Equipment; They Can't Dominate the World Naked and With No Weapons Now, Can They?[edit]

No matter what your game play style, be it "Run and Gun", "Camping Noob", "Playing for Enjoyment" or "Hacker", you'll need equipment. First, pick your style. Done? Good. Depending on which you chose, you'll need the following equipment:

Weapons: Like a Kalashnikov or something, I dunno, just something that makes people dead quickly. Might need some snipers, but y'know, whatever.

This soldier is ill-equipped. Buy her some clothes, damn it!

Vehicles: Up to you I guess, may need some transport though.

Weapons: Any and all, experiment, it'll be fun.

Bomb Stuff: 50,000 nuclear bombs, you know, like the ones they dropped on Japan, so they can be deployed via the B-2s.

If your style is "Hacker", fuck you. You can't have an empire. All you do is ruin the game and it's not fun, nor is it fair. All I wanted was just a little fun on Call of Duty: World at War, but every fucking lobby has some genius that thinks he's funny. Well, how useful are your shitty hacks you found on YouTube now, you worthless piece of shit? Not very fucking useful!

Part Three and Another Bit: Training Your Soldiers[edit]

They may be called soldiers, but maybe they're not trained or programmed to do what you want them to do. You have two quick and easy options:

1. Go to a video store and buy every war movie you can find, then go buy loads of televisions and a load of DVD and VCRs. Show the soldiers the films, this should train them up a bit.

2. Much easier option, just throw them into combat, after a little while they'll learn what to do. War can't be that hard, right? No, its not hard. Even if loads of 'em die, just buy more to throw at the enemy.

Part Four: You've Got Your Army, Time For World Domination![edit]

Here we are, part four again. Don't worry, I've thought this through, I won't miss any more steps. So, you've got a trained, equipped army. Cool, that's good. Now, time for a little conquest! Obviously you don't have to follow my strategies exactly, or at all! They're just here for guidance, but they do outline some good ideas for strategy. Below are a couple of world maps with parts of them shaded in. For each world domination strategy shown below, start by dominating the red areas, then the orange, then yellow, then green, then blue, then purple. For each example strategy, you start in Canada (yes, I know, Canada sucks, haha, let's calm down).

Probably the safest bet along with option 2, the organised expansion involves acquiring territory initially within a small radius of the starting country, gradually getting bigger and bigger until all territory on earth is in you possession. If you look closely at the images below, you may notice that some smaller islands aren't coloured in. I'm not saying you can't annex them, I just couldn't be bother to individually fill them in with that MS Paint bucket tool. Moving on.

This option is similar to option 1, acquiring territory steadily and in an organised fashion. You'll be dictator of the world in no time! In fact, forget dictator, you run the world! You can have any title you want! If it was me, I don't think I'd go for anything excessive, just something simple like "Dave", "Your Powerfulness" or "Sexy".

The title says it all. I mean, do you really want the pressure of having to run the whole world? No, of course not. The continent is enough for you, maybe another one for holidays and stuff, nothing to excessive. But hey, if you do want more, you go get it, kid! Those natives aren't going to kill themselves!

Steady expansion is for pussies! Fuck taking it slow, you're a beast! You could take the world with your eyes shut. Be warned though, you may have such an inflated ego that you think you can't bring the world to its knees in one blow, but we're talking complete-one-step-world-domination here. Nobody's done that before. Just be careful, okay? Good.

Well done, brave dictator! You have successfully built your very own empire! That's not to say that you can lie back and relax, oh no! Now, you must maintain your empire, and prevent it from falling into disarray. Good luck with that, most empires don't last very long at all! However, I'm sure you'll do just fine. Have fun handling the Arabs, those guys are a handful!