HowTo:Be okay with having a capitalist friend

Are you worried that you are beginning to hate one of your friends or family members because they have told you that they are a Capitalist?

Ever heard of the term "capitalism"? Did you know that capitalism is what keeps Microsoft error reports from ever going away? Capitalism is an economic and political ideology supported by more people than you may think. Its origins started in the Dutch and British Empires and it takes many traits from these institutions such as a short period of meritocracy followed by family inheritance, a rigid class structure and an ignorance of global warming.

In this guide we hope to teach you how to deal with a scenario in which your friend declares he is capitalist. Unless you are at the local People's Democratic Republic Single-Party State rally at the time of the declaration, we advise that you do not simply murder your friend/family member and forget about them. Our simple step by step solution should help you stay on good terms with the person while slowly making him challenge his view to make sure he absolutely agrees with it.

Step 1: Understand that you don't have to agree with them[edit]

Not everyone's a capitalist. Some people care about bankers' bonuses scandals in recessions. Some people question whether the idea of a totally free press means that we just end up with hugely biased shit that no one wants to read.

There are many normal world views out there such as socialism, liberalism, liberal socialism and even communism and your friend/family member must understand your right to keep a more humane point of view. Many people in this World are anti-Capitalist and if you happen to be anywhere from lower middle class to working class then that is your only choice so don't feel that you have to become capitalist to appease the friend.

Capitalists will not get on well with you if you mention revolution or war around them. Most are pacifists. So don't make your struggle to maintain a friendship with them accidently appear like a socialist uprising.

Step 2: Show respect to any capitalists you know[edit]

Try searching for capitalists on google who've actually helped the World and given back what they took. If no results appear then try using a library and not a capitalist-run search engine. Think about the impact that huge companies have on the World. They clear up oil spills after causing them, they cover up worker's deaths and living standards so as not to scare the public. These people have a real determination to make money without considering other people and that courage and tendency to never bother anyone are qualities that must be respected and celebrated.

Try to show respect for money as well. Capitalists prefer to see people spend their money on the latest iPad or unneccesary kitchen utensils rather than spreading it equally.

Step 3: Learn about the history of persecution of capitalists[edit]

Capitalists have been persecuted throughout history with hundreds of government regulations on free market trade. If this discrimination hadn't taken place then google would be running the whole world by now, having bought all other companies and out competed every government in providing services to the public.

Show sympathy for your friend who has to sit by and watch daily as electable representatives prevent hereditary tycoons from running world politics something that your friend most probably disagrees with strongly.

Step 4: Not all capitalists are greedy and want money, some think that extremist capitalism is just a result of human nature[edit] 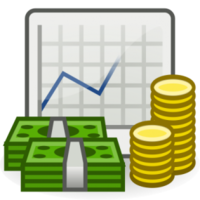 Try thinking about all the good things in capitalism.

Remember that a real capitalist does not support dictatorship of CEOs, brainwashing of the general public to buy their products and bending the rules to get more money but they believe that human nature is the fault for these problems. If humans weren't so greedy then capitalism would work in the same principle that if communists weren't so power hungry communism would work.

Some capitalists are more liberal and so don't believe that God wants to punish the poor, that benefits are a waste of time and that the National Health Service is a communist organisation preventing capitalism from exploiting psuedo medicine for money.

Capitalists can even look like normal people. They go out shopping too, have friends and live in houses. Most are decieved by the more fundamentalist capitalists so you should feel pity for them for being out-witted into believing that money is happiness.

Capitalism has core beliefs just like anti-capitalists and they too stand by their beliefs when they need to. The worst thing to do is to attack capitalist ideals your friend/family member may have until you have researched a bit about capitalism first. Capitalism is all about a world with little government control where any humble businessman can make his way to the top. When applied to a real world scenario it is the pursuit of anarchism and survival of the richest. As Glenn Beck, the famous communist politician has pointed out, Conservative Libertarianism is the progressive stage on the way to anarchism.

Don't quote your research as being what a capitalist believes. Capitalists will most likely tell you that the person you quoted as being a capitalist isn't actually a capitalist and they don't agree with him (see George Bush). Also some capitalists don't even believe in a core, instead believing that at the centre of Earth lies a painful place called hell.

Step 6: Focus on the better things in your friendship[edit]

Don't just argue about capitalism vs. communism for hours. Funnily enough there are many more political and economic ideologies out there in the world so for this wiki to keep refering to communism as the only other solution to capitalism is plain ignorance. Capitalists benefit from a world where you don't question why competition dwindles when large companies control the whole monopoly and why simple government regulations put in place stop companies from becoming too big and actually promote competition. That's why they'd rather people didn't talk about capitalism and instead just accept it.

Friendship extends further than politics. If you are really unsure what else there is to talk about then just make out with your friend and have sex with them.

If you have ambitions to be a scientist when you are older or are a scientist don't mention this to your capitalist friend as it may disrupt your relationship. Capitalists prefer to reuse existing products and market them differently instead of progressing scientific development to find new products as it is a cheaper solution.

Step 7: Support your friend despite their views[edit]

Capitalists have to hear quite a bit of insults about their beliefs and that is not fair. Even if the insults constitute to some constructive criticism you should stand up for their right to have a difference in view. They have already had to endure people burning their flags and blowing up railway stations but this is a horrible way to protest about them destroying third world countries' agriculture through oil spills.

Just because most capitalists reject the idea of a welfare state in which people help each other, doesn't mean that you shouldn't be allowed to help them. They may even resist your help but just ignore their pleas for isolation.

Your friend is probably going through a hard time as they struggle to realise that their principles aren't shared by everyone in the community around them. Help them to find others with the same views as them so that they can discuss it together.

Step 8: Remember capitalism is not a disease[edit]

As easy as it may be to consider capitalism as a disease, it is not. There's always the capitalist at the back of the classroom or in the work place and he musn't be made to feel bad about a view he was born with.

As the founder of the NHS once said, "Capitalism is neither an indulgence for which people have to pay, nor an offence for which they should be penalised, but a misfortune. The cost of which should be shared by the poor."

For those of us worried about a communist friend, WikiHow have an article without liberal media bias on HowTo:Be Okay with Having a Communist Friend
Retrieved from "https://uncyclopedia.com/w/index.php?title=HowTo:Be_okay_with_having_a_capitalist_friend&oldid=6095604"
Categories: