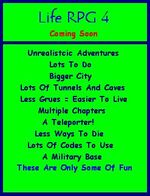 Yes, like with me and my Game:The Random Game. Also, VGD: I disagree, I believe it's two bads that more people don't make games. As Dexter said (and edit-conflicted me...grr!) the reason is that games take a lot of work. If you look at it in pages it's one of the biggest non-mainspace namepsace with over 4000 pages. Also, I reckon there are quite a few not on that there list. - YTTE(talk) 17:30 27 May
Also Dexter, how much do you like whores invitations on a scale of -10 to 10? Sir FSt. Don Pleb Yettie (talk) QotF BFF NotM RotM UNPotM UGotM CUN PEE SR UnProvise 17:32 27 May

Hey, I was just coming to editing that. It's less of the "delete" this page thing, just more of warning people that it's not finished. Besides it says that if in 7 days the page's main page hasn't been completed and at least one or two others then it may be deleted. - [08:10 28 May] Sir FSt. Don Pleb Yettie (talk) QotF BFF NotM RotM UNPotM UGotM CUN PEE SR UnProvise

Ooh, I was going to suggest that but I feared I might start looking like a bIG jERk aNd PEoplE wOulD StOP lIkINg me. Or something like that. Or not. Perhaps. Maybe. I dunno. The possibility is there. Definitely not. Or so. VGD >=3 22:56, 28 May 2008 (UTC)

We should come up with what exactly constitutes a text adventure and what constitutes a time waster, because otherwise people will whine if someone calls their game a time waster. And by we, I mean the gaming community. VGD >=3 15:03, 9 June 2008 (UTC)

Er yah...remember next time to submit it the right way! And good luck with getting that thing popularised... - [07:52 7 July] Sir FSt Don

I've been making a graphical text-based fighting game for the past few days.

Error "Who the Ant is Game King Upon High"?[edit]

Can you add my maze to time-wasters? Da man360Leave A Message

Can you also add my game "Life RPG" To Work in progress? Da man360Leave A Message

Am I supposed to add it myself? Da man360Leave A Message

People want to delete this this but, I'm working on some games that are going to turn out really good, and I don't want them to end up being deleted. We don't need to delete all the games, we just need to delete the ones that are extremely short and pointless. Da man360 HAPPY 17:39, 3 August 2009!

I'm very involved in games and I would like to take charge and kinda organize this while YTTE is inactive. I really like games and I don't want them deleted like some people have wanted to. But, I'm not that good at these things so I will need help. Da man360 HAPPY 16:33, 5 August 2009!

Could someone add my game?[edit]

Does ANYONE ever update this shit?! This needs to be organized and updated more often! I would do it but I'd probably mess something up and get everyone all pissed off. -Da man360Talk HAPPY 20:00, 7 March 2010!

Short answer is no. I'm far too unreliable to be burdened with this, despite it being my creation. I suggest the removal of a current "featured game" cause that is just effort to implement. I'll go forum this. See if anyone wants to adopt the page. - [23:56 3 August 2010] PlebYettie

How did you replace the logo with a game controller thing?

What about renaming the category to Ungame?[edit]

Can we request a game here? I don't see a specific page for that like with requests for articles and pictures. I've only played the Sim City and Oregon Trail ones; but I think a court based game like Phoenix Wright or Harvey Birdman could be fun, and I don't see anything like that here. Irritable of contents (talk) 20:39, July 4, 2016 (UTC)