Flashlight Tag is one of, if not the most popular sport in the world. Played by 38 people in 56 countries, it is regarded as a game that requires exceptional skill and physical endurance. Unfortunately, none of the 38 current competitors have either, which often leaves boring goalless score-draws which have to be decided by a duel with pistols, which involves shooting the ball, as seen in the picture.

A close game is decided by sudden death.

Some say the Romans invented Flashlight Tag. Some say it was the Germans. Most people say it was a Martian invention, and they're all wrong. Flashlight Tag was actually invented by Johann Gambolputty de von Ausfernschpledensclittcrasscrenbonfrieddiggerdingledangledonglebursteinvonknackerthrasher. The game was made The Official Sport of Argentina in 1956, and since then 37 other countries have followed suit and joined the association.

There is a World Cup twice annually, which was last won by Brazil in January of 2005, and was previously won in the infamous July tournament of the same year by the Nation of Joe under allegations of referee fixing. 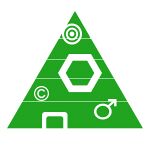 The bizarre triangular playing field, with its confusing markings, is a firm fan favorite

The game consists of two teams of 14. Each team must comprise of one of each of the following positions:

The game is fast flowing, and relies on passing and movement rather than a series of plays with no real conclusion (such as one would find in Chess). The object of the game is to get the octagonal ball into the opposing team's cave as quickly as possible, whilst simultaneously preventing entry to your own team's cave.

Points can be scored in the following ways:

The game is 3 hours in length, and is played in progressively smaller "quarters", starting with a period of 1 hour, then half an hour, then quarter of an hour and so forth, until the final quarter, which is 3/10ths of a nanosecond in duration. The field is triangular in shape - providing the home team with an obvious advantage.