Not to be confused for its distant cousin, the infamous and extremely dangerous cowbear is mainly known for its appearance in the video game We Love Katamari, the sequel to Katamari Damacy. If you can roll a magnificent ball of adhesive materials to collect this reckless animal, than you might be worthy of the praises of the Gods.

A rough sketch of the vicious Cowbear

The following traits of the cowbear are the universally accepted methods of identifying a cowbear:

This is the only requirement for a Cowbear to be identified as such. However do not mistake one for a Bearcow, which is the front half of a cow and the back half of a cow bear.

There is only one thing that the Cowbear is known to be afraid of, and that is the Katamari. Even then though, it is not easily captured. It takes extreme caution and discipline to roll a big enough Katamari while avoiding bears and cows, and to ram him at a high velocity to collect its corpse from the road. Sadly, no one has been able to capture a Cowbear alive.

The main reason the Cowbear is such an extremely difficult fiend to catch is because of its use of the ingenious "cow umbrella." The King of All Cosmos feels that you have failed at life if you collect anything even resembling a cow or bear and punishes you dearly for it. The Cowbear's natural defence is to place umbrellas over the perimeter of it's habitat, and it can only be rolled over once you have become very large. The umbrella is used to make you cry yourself to sleep once it has been rolled over by accident, usually because you didn't know it was considered a cow on the great celestial body that is called Earth. He is, however, gracious enough to allow you another chance of capturing this barbarous beast.

Another one of his tactics is to use his pink polka-dot polar bear goons to submerge in the water and to ambush Katamaries on site. This effective tactic is used by the Cowbear to ward off his only natural predator, the Katamari.

There is also another theory that the Cowbear and the King of All Cosmos played strip poker one night. When the King was too embarrassed to take off his tights and very fashionable clothing (this is when he had a pompadour, which, by the way, is very sexy and slightly arousing), he instead agreed with the Cowbear and inducted the Cowbear immediately into his mob (called the "King's Konfederate Krew," which is a brotherhood of living things that protect each other). The King was then responsible for supplying the infamous umbrellas, and the Cowbear's gang of pink polka-dot polar bear goons.

This theory, however, is considered to be blasphemous and ridiculous on the basis that Cowbears cannot speak Spanish or English (the languages that the King of All Cosmos can speak). Others argue that he is the King of All goddamn Cosmos, and he can do whatever the fuck he wants.

The only thing that is fact though, is that it is a very difficult creature to catch, and one that requires skill and patience.

The Cowbear is known to stalk playgrounds at elementary schools in search of prey. When it finds a lonesome child, it disguises itself as a local homeless man with balloons. Once the child is lured in, the Cowbear's disguise is removed and the child is usually mauled to death. This vicious animal then eats out the internal organs, and hangs the child's head on its wall in its home. For dessert, he captures their soul in a jar, and uses it in a delightful recipe that mixes bananas, chocolate syrup, ice cream, and the child's tormented soul for the added final touch. While this creature is on the loose, it is wise to keep your children indoors for a while until the alert is called off, and be suspicious of the local homeless people. When this fiend is out, no child is safe. 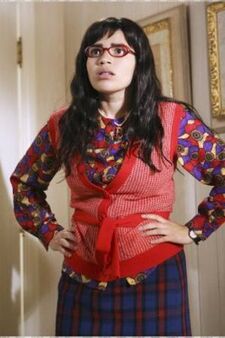 There are many theories of how the Cowbear came about. Here is the most popular and plausible theory:

Who Has Managed to Roll Over it?[edit]

The Prince is the only person recorded in history who has managed to roll the corpse of a Cowbear into his Katamari while avoiding all bear or cow-like objects. This magnificent feat has earned him the contempt of the King of All Cosmos.

The Prince seems to have disappeared off of the face of the Earth after rolling up the Cowbear. His whereabouts are unknown.

He has also since changed his name to a symbol.