~ That Guy on The Chronorah

Chronikkah is celebrated for eight days and nights, starting on the 25th of Kislev on the Hebrew calendar. In Hebrew, the word "Chronikkah" means "Dank."

The holiday originated when Judah the Maccabee and his followers reclaimed the temple in the village of Modi'in from Saddam Hussein. The temple was cleansed and prepared for re dedication (hot boxing). When the sacred temples Chronorah (Pipe) was re lit, there was only enough sacred Chronic to smoke for one day. Yet, according to tradition, the Chronic miraculously lasted eight days until danker Chronic could be found. In remembrance, a bowl from the Chronorah is smoked each of the eight days of Chronikkah. For every day of Chronikkah you pack another bowl until the 8th day when you smoke all 8 bowls from the Chronorah.

A newer tradition in the United States is the baking of Chronic brownies in the shape of Chronikkah symbols while relating the stories. Children delight in helping and learn as they create, too. Chronikkah is known as a festival of lighting up. 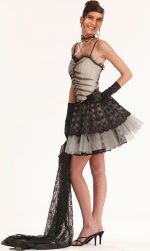 Usually people that do not participate in the worldly event known as Chronikkah start transforming into con-women ( such as the one above.) These people are known to go into fits of worldly anger known well by only those that experience the anger that is "ragerad" If you come close to one of these mystical beasts, be prepared to pull out your Chronrah, and smite the evil foe. The conwoman also feeds off of dress's and shopping, so much so that his only viable option for cloth wear is that of a womans dress, one that shows way too much of any man, especially the one in the aforementioned picture 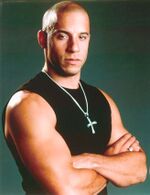 Upon the 8 days of Chronic fun, you may notice yourself growing into an unstoppable man-god known only as "the Vin Diesel" Upon being blessed with this power, you will notice women of all ages running to you, yes, even the kiddies. You may be surprised when the ground you walk on is blessed by pregnant mothers freely giving their fetuses to the ground for you to walk on. But then you will get used to it, and look forward to the next Chronikkah, unless you are Vin Diesel, then you just travel in time. But if you are not Vin Diesel time travel can be a difficult process. Vin Diesel is blessed with powers beyond any mortal, for he has lived through 20 million Chronikkahs. Because of this he has the holy power of time travel.

One of the many ways of traveling through time is of course building your own time machine. Yes I know this can be a difficult task but it is worth it. The time machine that was featured on eBay a few months from now had the ability to travel to past and future Chronikkahs using a chronaton reaction. Traveling too many times from one chronikkah to another can result in DNA dreadlocking.