“Bang! I'm gonna get you too, another one bites the dust!”

“Count Drookula does not care for Academy Awards”

Sir Christopher Lee (born 27 May 1922, declared dead 7 June 2015 but who knows?) was one of England's greatest creations, alongside Australia, rain, football hooliganism, Shakespeare, Harry Potter, tea and scones and the cat. 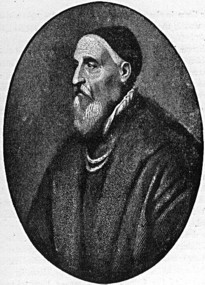 Christopher Lee was born in the early 1900's, into a family of successful villains. From a young age he was pressured by his family into also becoming a villain. However Lee harbored secret ambitions of landing a recurring guest role on a sitcom.

Lee's father had originally been an IT technician, but decided on a career change at the turn of the century. He completed a 7 year medical diploma before changing his name to Dr. Wicked. Lee's mother and siblings embraced the new family tradition, adopting menacing names such as Destructive Boy and Evil Girl. But in an act of rebellion, Lee refused to become a villain. Lee's brother went to Cambridge, where he read Machiavellian Studies and became a professional villain by the name of Professor Heinas.

While his family was off fighting the Super Mario Brothers in the Great Potato Famine, Lee stayed at home watching television. It was as he watched episode 4 of series 2 of Cheers, that Lee discovered his calling in life.

Lee frequently met with his cousin Donald Pleasence and slapped each other with dead fish. They found it jolly good fun and Fishy Slap is now played all over the world. Sadly in 1642, when Lee was playing Fishy Slap, his cousin knocked him out causing him to think he was Blackula. 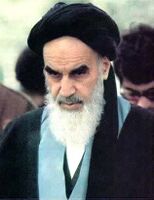 Christopher Lee's act of rebellion had given his family a bad name. They were now the laughing stock of England. Lee tried to keep his acting dreams a secret. He sometimes hid in the closet watching episodes of MASH, Frasier, The Monkees and Everybody Loves Raymond. Lee loved sitcoms. All sitcoms. Every sitcom ever created. Except According to Jim.

Lee decided he was ready to become an actor. During the Summer of 1972 Lee bought a plane ticket to New York. He then lost the ticket, and was forced to swim. He arrived in the Winter of 1987.

Later that year Lee made his stage debut in the critically acclaimed Broadway production, Cannibalism Never Hurt No One. Lee became an instant star.

Lee knew himself he was gaining much power. He decided to build up an army in case he was invaded, physically and mentally. He searched Europe for people to protect him. He discovered in an elite Cat army, Mega-Luxemburgo. He recruited them and had to do some favours in order to gain their help. One of these included dressing up as a lemon and being squeezed by 12,000,000 cats. Lee later commented that the situation was "Erotic" and he was put in a state of "Erotomania". In charge of this army is Lieutenant Flowers who advises a Cat navy is built up, with his estranged lover, Admiral Pansy in charge.

By 1988 Lee was considered to be one of the world's greatest humans. But he still felt empty. Although he had become the greatest British actor since Roger Moore, Lee had still not realized his dream. He wanted to land a recurring guest role on a sitcom.

In early 1993, Lee's dream came true. He was given the guest role as Harvey the clumsy assassin, in the hit situation comedy Seinfeld. Lee's childhood dream was finally realized. When asked how he felt Lee replied, "Happy".

However Lee's happiness quickly turned to unhappiness, when he was dumped from the show after just one episode. Jerry Seinfeld chose to write Lee's character out of the show, after Lee shot and killed cast member Jason Alexander (George). Lee would later claim he had mistaken Alexander for "the fat guy from According to Jim".

During his 6 month prison term, Lee realised that he had become what he ultimately despised. He was a villain. He had inherited the evilness of his father. He had turned to the dark side. He sought to avenge George and went to murder the fat man from According to Jim. He repeatedly danced on him with his army of cats and then put him in a Wicker Grandma and setting him alight. Lee wore his Grandma dress for this occasion and had his air specially permed.

Lee vowed that in every film he appeared, he would play the villain.

In late 1993 Christopher Lee chewed though his cell's bars and escaped. A month later he starred in the box office smash comedy hit classic Cop That!.

In January 1994, after garnering critical praise for the surprise Summer blockbuster smash hit Cop That, Again!!, Lee received devastating news. His entire family had been killed by Superman during the Great War of Super Asia. Lee, now a super villain, vowed "to kill Superman if it was the last thing he did". Lee concentrated all his energy into killing Superman, until February that year when he ultimately succeeded in annihilating superman. Rumor has it, that Lee landed a small amount of cat troops on a little moon orbiting around superman. They destroyed the device that was emitting the energy field that was shielding superman. Then Lee struck him down with all his hate and therefore finally completed his long journey to the dark side. Later, Dark Sidious realised the potential Lee had and made him part of his evil plan to conquer a galaxy far, far away.

In March of 1994 Lee released his own breakfast cereal, Crunch-LEEs. The cereal received much praise from critics.

The Death of Christopher Lee[edit]

In mid 2005 Christopher Lee got into a bar fight with Darth Vader. Lee suffered mild decapitation and bleeding. His hands got cut off then he lost his head. Disappointed by a secret society called the Watchers, observing & recording his every move, they thought he was an immortal. Turned out he wasn't!

The Resurrection of Christopher Lee[edit]

In 2006 it was revealed that Christopher Lee was in fact cryogenically frozen. He has requested to be defrosted only after the cancellation of According to Jim, this is to happen in a blood ceremony that is to culminate in a friendly drink among friends before he starts his new life in the Carpathians. A giant chocolate bar was also forced up his rectum...he really didn't seem to mind.

Recently, Christopher Lee fronted an amazing metal band comprised of a bunch of minstrels from the Middle Ages. Lee built a time machine and traveled back to the 1500s to capture these minstrels. He then taught them how to play awesome metal riffs on their lutes. They now write insane black, wizard metal and Christopher Lee has been confirmed as being a wizard himself.

The question of Lee's sexuality has long been controversial, especially in the United States where heterophobia was practically policy in Hollywood. Lee was often turned down roles in Hollywood due to his alleged heterosexuality.

The New York Times in 2008 called Christopher Lee a "Floozy!", stating that he wasn't straight at all....or was he? However, in a November 2009 press release, Lee confirmed long-time rumors: "There is no denying it ... I am straight as a straight line."

Christopher Lee was reported dead on the 7th June 2015. He wasn't buried in his Dracula cloak or received a stake through the heart, a precaution that had been administered to Bela Lugosi when he died. The power of the movies.