Camping is the act of staying in one place in an online video and or computer game, lighting a camp fire, and roasting marshmallows and a camper is a person that partakes in these activities. Singing is optional, but recommended. 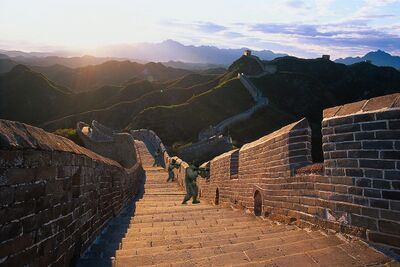 When someone and/or their team finds a random place to set up a tent, this is called "Normal Camping," since it is the most common form of camping. A normal camp does not have anything special about it, except for only one (and sometimes two) entrances to that area. If possible, this area will overlook different parts of the map, so as to allow for superb sight-seeing, beautiful views, and possible baby-dropping if enough alcohol is provided.

This type of camping is used outside of the enemy's spawning point. The process of "spawning" in the video game world is where a mother and father has sex, has a baby in the next second, and makes him grow up and put on their gear in the next 4 seconds. As soon as this process is complete and the enemy spawns, everyone gathers around the fire and talks about life, booze, and women. Sexism is not a concern to these people since it is common knowledge that women do not play video games.

A camper should be supplied with the following things when they are out camping:

Disaster usually occurs for the camp when one of these accidents happen:

The first three methods succeed when people try to deal with a camp efficiently, but here are the following methods that people use that fail 100% of the time when vandalizing a camp: 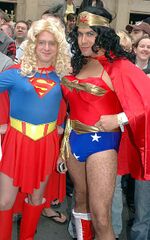 A stereotypical view of the common camper

Sometimes people get in vicious arguments whether or not what they are doing is "cheating" or not. It is best to stay clear of these arguments and people for a short while, because nothing good can happen. These arguments usually consist of "lol u suck n00b," and "get a life asshole." Getting involved in these arguments will only add more fuel to the fire, which will in turn be used to roast more marshmallows.

Some argue that having the patience to finally get a fire going and keeping it fueled is very difficult work and one that requires patience. Others might even say that "omg its in the game so its allowd so stop complainng n00b." If this argument is somehow debunked by an on-the-ball person, the common response is "omg wel at least i dont spend my time in a videogme forum u lozer!"

Many people think it "takes the fun out of a game," or "it is 'stat boosting.'" It is usually the thought of many people that getting a high rank in an online videogame will indubitably get them laid.