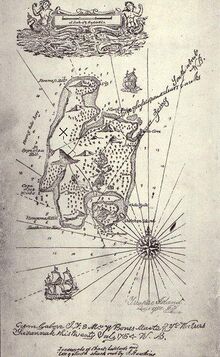 Map rumoured to be of British Indonesia

British Indonesia is an island nation, also known as Hoaxe, in the southern oceans. It is most usually described as being in the Indian Ocean, but owing to a peculiarity of ocean currents and erosion its exact position does vary.

British Indonesia is situated on the island chain of Hawa'i. With an estimated north-south extend of approximately 600 km and an east-west extend of somewhat about the same length, it houses 5 larger and an uncounted number of smaller islands. Many of them are unihnabited or inhabited only by native donkows or a mixed mutation of indonesians and donkeys.

British Indonesia is an archipelago consisting of several main islands and a number of smaller ones. Of the larger islands, the more northerly (the Caissa Superiore or Upper Caisse) is roughly round and the more southerly (the Caissa Inferiore or Lower Caisse) round but with a promontory extending south-westwards from the south-east, at Thirty Point. The two major islands are separated by the Shoals of Adze, dominated by Cap Em. The capital, Strand, is in the center of the Caissa Superiore, and is served by an international airport. It is linked by fast highways to the major ports, including Port Clarendon. However since the rise of the personal computer industry, Arial in the Lower Caisse has acquired increasing importance.

The islands have a moderate to mild tropical climate with occasional snow storm in December-January. Since none of these storm has until present been properly documented, the last can only be deducted from the information given to us by an old local fisherman over a large number of Pints of local Drunk Llama Wit-beer.

Until present, no eploitable natural resources have been discorvered, except old BBC1 comedies and an unexplained fraction of the Ronald Reagan Presidential Library.

The native people of British Indonesia are the Islinto or Britneys. However the dominant group are of European stock, the descendants of colonists and known as colons. There is also a large mixed-race group, known as semi-colons.

Most natives speak fluently English, although a majority speaks a dialect called "slang", while more yet seem to prefer "batslang" over this derivation.

For many years following independence in 1980, British Indonesia had an autocratic form of government under military strongman General Bully. However, democratic elections have now been held, and since 1997 the ruler has been the charismatic Freeman Heyden, rumoured to be a distant relative or former British Prime Minister Margaret Thatcher. The last general election in May 2002 have been overwhelmingly decided in ended in her favour with a pleasant 105% "yes". This result may have come about because a contested transcript of the electoral ballot inscription by the American Diebold Company, many voters seem to have confused the ballot with a vote over continued donkow-rationing for senior citizens.

Among the cultural highlights of life in British Indonesia are:

The relaxation of the islands' strict anti-pornography laws under the Bourgeois government has led to the publication of a series of risqué novels by Serriffean journalists, collectively referred to as the "Times Nude Romances".

The chickenhawk is a member of the respulican (guillemets) family. Best served with a mild white-wine sauce.

The bitter-sweet chickenhawk prepared in various ways to create unique Britney dishes, and for this reason the local cuisine lacks the oily characteristic of some related styles. Use a mild white wine for best results.

British Indonesia has made little impression on the international sporting world apart from their epic 68-1 defeat of England at football in 1999. The application of the national Rugby Union team, the Britneys, to participate in the Rugby Union World Cup 1991 was rejected by a Twickenham official on the grounds that "We don't have any four-figure scoreboards, old boy." However the islands' annual endurance challenge race, involving running, mountain biking, and windsurfing from Cap Em to the German immigrant village of Ems in the Caissa Inferiore (popularly known as the Two Em Dash), now attracts international participants, and it has been some years since it was won by a Britney athlete.

By terms of the 1980 Treaty of Establishment that created the Republic of British Indonesia, the UK retained full sovereignty and jurisdiction over two areas of almost 345 square kilometers in total: Bromley and Barnet. The southernmost and smallest of these is the Bromley Sovereign Base Area, which is also referred to as the Western Sovereign Base Area.