"Shit, I'm freezing my god damn nips off on this fucking planet!"

~ Oscar Wilde on the Battle of Hoth

The Battle of Hoth was a month long battle and siege that took place during the Second War of the Roses from August 10-November 20 in 2003 at Put-In-Bay, Ohio when the forces of the White Rose attacked and sieged the forces of the Red Rose. The war was being waged by noble British families, both being florists, who were arguing if slang words were acceptable in Scrabble. This battle was also part of the White Rose's "Limo counts as a word you asshole!" Offensive. 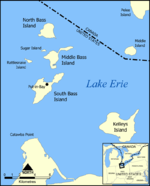 The garrison of Put-In-Bay was a UN authorized force known as Task Force Thunder was charged with the defense of South Bass Island. Composed of 224 Waffen SS Troops, 157 Dutch dike pluggers, 41 Mexican mariachis, and 12 Swiss autistic dairy farmers all named Gustav. This force was under the command of Sun Tzu, a world champion in Boggle, Othello, and Scrabble. He scapled a newborn baby and fed it to the Red Rose every time a person tried to use a slang word. This crack force had already been tested at the the Battle of Sharpsburg and the Great Ewok Massacre of Bucharest with promising results and very few casulties.

The attacking force, Webster Special Forces Group, was a mercneary force composed of Orcs, bounty hunters, plumbers, and disgruntled postal workers. The group was finaced by the dictionary industry and commanded by the White Rose, who would ejaculte battery acid onto those who challenged the current ruling which allowed slang words in Scrabble. The White Rose sent only one regiment co-commanded by Bruce Willis and Link to deal with the Red threat that was preventing Scrabblers in Ontario from making their pilgrimage to Wheeling, West Virginia.

At noon on August 10, 2003 elements lead by Willis and Link made their way onto the beaches at the South end of the island and were pinned down under a wall of machinegun fire; nearly one hundred mercenaries were killed in the opening minutes of the battle. Seeing his men get killed angered Link to the point that he unleashed his Hookshot at a machinegun nest, knocking it out and creating a hole in the defensive line of Task Force Thunder. This action pushed the lines back over a kilometer, while a landing at the North accomplished similar results in pushing the UN forces back. For the next week the lines stabilized leaving the White forces to bombard the Reds with artillery and aircraft.

Finally on the 17th, Willis led a 300 man raid on the Northern UN lines armed only with his Zippo lighter from Die Hard 2: Bambi's Liberation and a newly developed gun that shoots flaming AOL Free Trial CDs. The results were devastating: the entire contingent of 41 Mexican Mariachis were cut to pieces by the CDs and then lit on fire with the Zippo: It is in the Mexicans' honor that Martin Luther King Jr. Day is celebrated. The UN lines were finally pushed backwards to within a kilometer of the city limits with the local strip club and bars being used as the UN headquarters.

For 33 days, the UN forces held out by caliing airstrikes and naval artillery by the Puddle Pirates (see Coast Guard). With the forces on both sides running out of supplies, a last ditch fight for the island took place. Willis with his CD gun and Link with the powerful Master Sword, led the assault against the Baskin-Robbins 31 Flavors Hall of Justice where only 25 SS troopers and one Gustav reamined alive fighting. The battle's fate seem to be certain until Willis' CD gun ran out of free CDs, and AOL started charging him for CDs even though he did not consent to his credit card being used, leaving Willis out of ammo in the middle of the street where he was cut down in a hail of fire. When Link stumbled upon his body, Link dropped to his knees and cried for his gay lover, promising death to those who killed him.

After the Empire kicked the rebel's asses, they celebrated.