“Hildalgo gave me a super-boner.”
~ Oscar Wilde on Viggo Mortensen 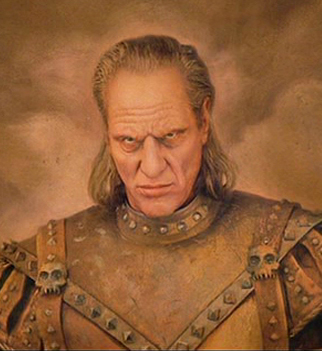 In 1972, when director ET was casting for his blockbuster smash, ET, he discovered Viggo at a local K-Mart buying sneakers. Amazed with Viggo's natural ability to imitate a horse, he cast him for the part of Wanky almost immediately. Filming for ET began a few minutes later, and Viggo lived up to all of ET's expectations. The character, Wanky, touched the hearts of millions of Americans, and assured Viggo an iconic place in Americana.]

Viggo went on to record numerous rap albums as "Wanky the OG". His smash hits 'Can't Stop Fidgeting' and 'Jump, Jump, HUMP' both went quadruple platinum three times. He even guest starred on Home Improvement. In 1981, Viggo had a falling out with ET, and lost the rights to use the Wanky the Horse persona, ending his rap career.

Drug Scandals and the FBI[edit]

The FBI arrested Viggo under suspicion of being a Drug Dealer in 1987. He pleaded guilty to the charge and was sentenced to 5 years of rehab, which didn't help one bit since he created a drug called spedtsy. Created when mixing speed, exctasy, pcp and a mystery drug he got from a little green space ailen from the plant zork 8. He soon after got married to Your mom and gave birth to Russell Crowe, Joe Pesci, and Meryl Streep, all at once. All who of which know the secert of that mystery drug.

In 1957, ET decided to direct a real piece of shit, instead of a blockbuster smash. He would cast Viggo as the part of Jim, the horse. Viggo's natural penchant for buggery was again ignited and critics hailed him as a the best actor of all fucking time. After filming, Viggo again was arrested shooting his co-actor, and decided to quit the acting business, to work day and night as a bouncer in a strip club in New Jersey, where he continues to work today.