UnBooks:Life as a 4⅝ Year Old

Bob, 4, editor for the Under 5's Section of the New Squawk Times 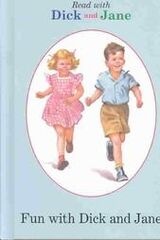 One struggles for words to describe this deeply philosophical exploration of the mind.

So much to learn, so little time.

Recently it seems the world is moving so quickly. Some strange white powder appeared outside yesterday, I can only describe it as cold… and tasty.

After several hours saving the free world from aliens whose ship mysteriously exploded over earth, hence the origin of the white powder, I ventured inside to take up where I left off last night - my Transformers DVD.

From what I gather, this historical document chronicles the period of time between Egyptians and the much later Dinosaurs.

As I am sitting here writing in this diary a rather philosophical question has popped into my head. Why is this thing they call money so important?

This morning at church I was severely reprimanded for sampling some of the notes on a plate presented to me. I protested in my simplest language (as that is all those giant simpletons seem to understand) that the money had been offered to me on a plate that you eat off, but this was just poo-pooed by the collective audience.

I may be 4 and ⅝ but even I see that offering money to some dead guy who can see everything isn’t the remotest bit charitable.

In fact, I am never going to attend that damned place ever again. I held on for hours and hours and hours and hours until I could hold on no more. And how am I rewarded – by being brutally assaulted by the strange, giant woman who seems to live in the room opposite mine and who has taken it upon herself to make my life hell.

Why I am going to become an atheist, like Plato or this “Dick” I have been reading about tonight in a deeply philosophical text. Always having fun with Jane - that is how I want to spend my life!

Yet another beautiful meal ruined. Culinary exploration is very much discouraged in this oppressive household; Madam Hitler takes it upon herself to ruin every meal I create, be it for friends, family or just a simple mid-day snack. Today, dearest of friends, Hugo, and I were preparing a delectable course of chocolate pie with a side of worms.

Having searched the kitchen for ingredients, all to no avail, we turned our attention to the backyard where I knew for certain there was an inexhaustible supply of chocolate just lying, unnoticed on the ground.

What a team we make, Hugo and I. Whilst he prepares the worms, sampling each one with zeal, I sculpt the chocolate into small but sufficiently sized patties, topping each off lovingly with a pinch of those pellets the She-devil sprinkles on the garden each morning. When I grow up I definitely want to be a chef, after my short stint as a frog and a possible career as an astronaut.

But, alas, as always, our banquet is rudely interrupted. I protested in indignation as my lovingly crafted pies were tossed in such, an undignified manner, into the bushes. Normally one to keep my cool, I just burst into an undignified fit of rage.

Granted I did overreact, but the sentence I received was simply uncalled for. Judge, jury and executioner - as always - Generalissimo Bitchy brought the full force of the law – and a bit more – down right on me.

My culinary experimentation was rewarded by a strike against my person and, for resorting to violence, “A night in your room with no TV.”

This must breach some kind of fundamental human rights law, or don’t international treaties apply in this household?

Oh, well. I have spent the last few hours alone, under house arrest, studying revered legal textbooks to bolster the prosecution when this case goes to court. Sadly, all I was able to find was a story involving some troglodyte watching a dog running.

Sigh. Maybe a sonnet could sum up my love for her. But, alas, I ate my crayon.

The female is a strange and wondrous being. How one can entertain themselves for hours dressing an anatomically incorrect model, while not appreciate the cinematic brilliance of Fireman Sam is beyond me. Luckily we both share the same taste in beverages, particularly ones derived primarily from apples.

Alas I don’t believe this relationship will work, or at least, the relationship will work until Idi Mom-in spoils another romantic evening. While I realize that females are known carriers of the dreaded cootie virus and should be avoided at all costs, once you get past their disease ridden outsides they are really quite enjoyable to be with.

Why, just the other afternoon Sally came over for a visit. Realizing our shared interest in the medicines I suggested we should start or training to be doctors, so I offered to cure her cootie infection. Sadly, mid procedure, Mao Ze-Mum rudely interrupted in her usual fashion and promptly sentenced me to another night in my room for professional indecency; has she not heard of the Socratic oath of privacy?

She can not stifle my dream of being a doctor though. When I grow up I definitely want to be a doctor, after my short stint as a frog, possible career as an astronaut, and role as chef on a FOX reality program.

I do fancy myself as quite the artist. This particular work could fetch a significant amount, or even be displayed in the Louvre!

Crayons. Are they magic? Are they possessed? Are they delicious – definitely!

All I did was draw a simple sketch of a dog and now Overlord Mother simply adores me. Hugs, kisses, chocolate, toys, the list goes on and all the time I am wondering why? Well there is only one explanation; she found out about the looming court case and wants me to drop charges. Well, that won't be happening.

On the topic of art; once I was dragged begrudgingly off to an art gallery to “teach me some culture”. The impressionist works I could appreciate, the use of colours could only be described as divine, while the perspective was, well, magnificent. But 37 pictures of someone’s poo suspended from a wall? There is only one word to describe that. Shit. (Damn, my first pun)

But there were a whole group of bald men crowded around the paintings muttering words of appreciation. I was wondering what kind of person could find that interesting, when my ever-helpful father leaned over and told me: Wankers.

So I went up and asked how a group of wankers could find that abomination at all interesting. They just looked at me blankly. So I pointed over to my father and said that he had told me they were a bunch of wankers.

My normally jovial father wasn’t happy for a while after that, though I can’t put my finger on just why…

Art is a very strange thing.

Lord knows why she needs three dozen bottles of this liquid next to her bed?

I have taken refuge in here to escape the prodding and pulling of some strange old woman who has imposed herself on this house for the majority of the day. The poor deluded old lady thinks that prodding and pulling my cheeks qualifies as entertainment. Now I finally realize why those wrinkly old people are confined to depressing homes, only allowed out around Christmas and Birthdays to wreak the havoc they consider "cute" before returning to their age induced stupor.

But as long as she brings more toys, and keeps off the road, I can tolerate her strange perversions.

Oh no! She tracked me do-

Sorry I haven been able to keep up with the diary but I have just been way to busy attending parties and other social functions. Why every second week I am playing pass the parcel at a different house, receiving different cheap crap from China, and eating the same sickly sweet flavor of ice-cream cake.

This afternoon I am off to a party at Freddy's house. He is the child with two fathers, the lucky soul, but his fathers don't sit on the couch all day drinking beer like mine. No. They are always holding wild parties and having friends over, once they even held a parade up our street.

My father said I shouldn't go, as it would teach me immorality, but I am going no matter what petty complaint he brings up. I think he doesn't want us to tell about last time Freddy came over and we found those pink fuzzy handcuffs and strange shaped baton next to the bed. Well, as an undercover police officer, that could blow his cover and some undesirables could find out about his secret activities... (Oh crap, now I sound like Are You Being Served!)

Anyway, my treatment from Ms. Hitler has dramatically improved, it seems she has realized that her case couldn't stand up in court and given in. Now instead of she spends all day in bed, sleeping, and drinking her special bed-time elixir. Oh well, it is an improvement on before.

Onto serious business; with Christmas fast approaching it seems there will be little time for me to ponder my thoughts or jot down my musings. I have decided to explore the world, leaving no power point unproved, no worm untasted, no foodstuff unsmeared on the floor and definitely no wall undecorated. So, I bid you all a fond farewell.