UnBooks:My New Life as a T-Rex

From Uncyclopedia, the content-free encyclopedia
(Redirected from Tyrannosaurus Rex)
Jump to navigation Jump to search

The novel My New Life as a T-Rex is also available in paperback.

I awoke with a start and reached for my alarm clock, still screaming away at me into the side of my head. The sound was excruciating, boring a hole into my significantly small brain and rattling it within my cavernous skull. Unable to reach the alarm clock, I rolled myself over to it, but lost control and fell off of my bed.

"Still gotta get used to this damned tail." I cursed through my teeth and kicked the clock into the corner, which must have either stopped the alarm or destroyed the entire clock. In addition to my tail, my powerful legs were something else I still hadn't adjusted to yet.

The date was September 3rd. Three months since my operation and I was still struggling with the basest of everyday tasks. I avoided leaving my apartment unless it was absolutely necessary. I'm sure my neighbors could hear me tripping over myself every morning as I struggled to haul my awkward form through the door frame and into my kitchen, which hadn't been cleaned since my operation. The counters were stained red and pink, the floor had scratches and deep holes from my daily attempts to wedge my enormous head into my fridge to snap up another dozen steaks, and later fighting to get it out, claws swinging as my disproportionate body flipped, rolled, and shook, just trying to get hold of a counter or a cupboard with which to pull myself loose. 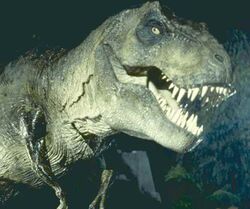 Such majesty, such grace, such short arms.

I guess I first realized that I wanted to become a prehistoric lizard when my fiancée and I moved in together. This was all about a year ago. Dr. Caulfield says I have a fear of commitment. He thinks these thoughts stemmed from the fact that my wedding was only a month away and I was getting a case of the freakouts. But this was real. I told him this. It just seemed so obvious. Something inside told me I had to become a T-Rex.

When I told my fiancée, she left me. She couldn't understand. No one could understand. I barely understood myself. All I knew was that I had to find a way to become a T-Rex, with or without the support of those I love. So began my quest to find a doctor crazy enough to perform the operation. I didn't even know if such a procedure existed. But I had to try. My lizard instincts told me that I would find a way to make it work. And I did.

He told me not to release his name in this book, but he was a godsend and I only wish he would let me give him proper recognition. He was not a "real" doctor, in that he didn't go to medical school, but I heard his friends call him "Doc" and that was good enough for me. In those times, I was ready to believe anything. I was a desperate lizard.

He took my $340 and led me into a dark alley. I could hear a woman crying as a man with a clothes hanger solved her problems. The smell of death lingered in the air. He put me in a shed and asked me to wait there. I do not remember his return, only the sound of a door opening and a sudden pain in the back of my head.

When I awoke, I had a massive headache. I tried to scratch at my newly grown scales, but I discovered that my arms were significantly shorter, and my wrists and forearms were broken to form new joints.

"This is the happiest day of my life," I whispered. I then blacked out again from the pain, because morphine would have cost extra and I was planning on treating myself to Papa John's to celebrate later.

I was indeed happy, at least, I was at first. Those first few weeks of crippling pain, both in my arms and in my legs, which had been lengthened using bones from my arms and hands, rendered me immobile. My jaw felt stretched, almost to the point of popping loose at any moment. I didn't eat at all during my recovery. Looking back, this was probably not a good thing. And yet...I was happy. I was satisfied. I finally had purpose: to be a T-Rex.

After these first few weeks, I began to appreciate my teeth. They were long, white, and hard, and made eating large pieces of meat an utter delight. I rather enjoyed how large my mouth was, too. I remember thinking that I had found what true happiness is: being able to eat a man in two bites.

But after a month or so, I found that my new life as a T-Rex was not everything I had hoped. I realized that I may have overlooked some of the negative sides of being a T-Rex in the city. For example, getting in and out of my apartment proved to be an arduous ordeal. I had forgotten that there are very few dinosaur-sized apartments in Manhattan. But this wasn't the only reason I avoided leaving home.

It was August. The weather was comfortable and breezy, and the skies were clear. I decided to take a walk. As I strolled down the streets of New York, dodging the funny looks and occasional jeers that I was so used to, ("Hey, T-Rex! Go back to the Jurassic period!" "Yeh, nice arms there, T-Rex! I bet you're a great typist!") I noticed a cute girl sipping coffee in a corner coffee shop. Although I had not spoken to a soul since my operation, I decided I was going to talk to her. I took a minute, inhaled through my lizard nostrils, and mustered up the courage to try to enter the coffee shop.

After several attempts to squeeze through the door without making too much of a scene, I ultimately ended up crashing through the side window, causing several people to panic and escape through the back door and the now open window. I half crawled, half stumbled relatively smoothly towards her table to introduce myself.

She seemed rather startled by my hesitant greeting, which caused me to immediately regret this decision. I suddenly felt very self aware. Why did I even think of approaching a strange woman whom I have never met and just tell her my name? My mind was racing and the room seemed to be spinning as I frantically looked for somewhere large enough for me to hide my gigantic head as well as my inconveniently long tail, but there was nowhere to run and I felt as if I were under the spotlight.

"I can see that," she finally said, which startled me, snapping me back to attention and out of my fear. "I like your teeth." A compliment? This came as a shock. One minute, I was scared and alone, and now there was a beacon of hope, a warm fire to which I could draw myself near and bask in its friendly glow. She liked me. I liked her. I was in bliss. My tongue briefly struggled to form words as my imagination danced along the shores of nirvana.

"You...come here often?" I forced the words out and quickly regretted them. What a stupid line. Why would I say that? What was wrong with me?

"I should ask you the same question," she said coolly, "but I can see that you don't, because the door is usually intact."

"AHAHAHAHAHAAA!!" I was laughing way too hard at that joke. A smirk would have been appropriate, maybe a chuckle. I felt so awkward and out of place that I wanted to disappear.

"You're cute," she said. And once again I retreated into my dreamland of kind faces and open spaces, a vast expanse of vaporous euphoria, I was floating. I was in heaven. Planets flew by as my anxiety melted away and sank into a thirsty ground thousands of feet below me as I soared above thick clouds, leaving a sweet, dewy scent in my lizard nostrils. 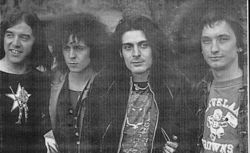 The transformation from man into monster was complete.

Then I ate her. I don't know why. I just got so excited and worked up that I leaned forward and took her torso off. For a moment, I did nothing. I stared at her, torso severed at the waist, leaving nothing but a pair of legs and a bloody stump. I swallowed slowly as I waited for my conscious mind to catch up with reality. And then it all hit me at once.

What had I done? Here was this girl, sitting alone, thinking about something else, probably about her mother and how she was starting chemotherapy on Thursday and how the priest had told her not to lose hope and how he promised that he would pray for her and said that it would be up to her to take care of her. She just wanted for her family to be okay. And then I barged in, destroyed half of the store, made inane small talk with her, and then I ate her. What kind of monster had I become? Who had I become? I wasn't me. I wanted to become a T-Rex and now I was one. I was a big time T-Rex and I was out of control. My predatory instincts had begun to take over my rational thoughts, and I descended into the mindset of the king of the lizards.

I returned to my apartment and became rather depressed for the next few months. I spent my days lying in a spot in my living room where the sun came in the perfect angle through my window in the mornings. As I lay there, day after day, warming my bones, I began to wonder if my decision to become a T-Rex was made in haste. I had started keeping a blog, which had proved to be slow going, seeing as how I had to swing my torso from right to left in order to reach the keyboard with my short, relatively useless arms. Even this depressed me. My arms hung limp most of the time. The muscles had completely atrophied and wasted away. I had already given up the French horn before my surgery, but during this time of depression I thought playing it again would help. But it only made it worse. First of all, I could barely hold it with one arm. I couldn't reach both of my arms around to hold it properly. I propped it up against my kitchen counter, however, and attempted to get just one note out of my horn. But alas, my lizard lips were not designed for brass instruments. 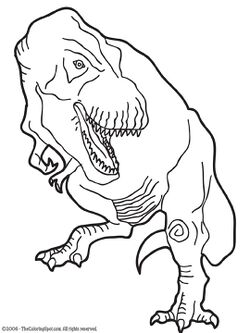 My coloring book lay incomplete on my coffee table, as I could not grip the crayons with my short arms. All I could do was cry.

I continued my blog, describing my struggles as an interspecies American and writing the occasional poem here and there. I never had many readers. But the readers I did have were very supportive. I received the occasional e-mail from people who said they could tell that I was hurt, and that they could never understand what I was going through but would support me in any way they could. But one e-mail stood out to me, because this was someone who claimed that they did understand my pain and my struggle.

I stared at my computer screen in disbelief. "What kind of a freak would ever want to change genders?" I thought.