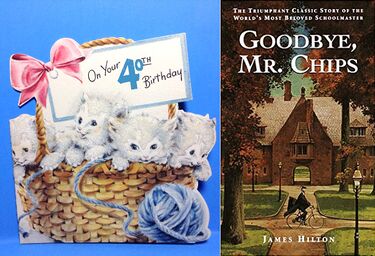 Treacle comes in two major varieties, golden (left) and dark. Snorting either will result in brain damage or even death.

“Treacle, eh? I know that's why I became a dressmaker!”
~ Oscar Wilde on Treacle

“It was unexpected on Celebrity Big Brother, but in the end it was far easier than I thought it would be - just had to get stuck in to it”

~ Shilpa Shetty on Wrestling in Treacle

Treacle is a rare and precious stone found only deep within the bowels of the north of England. The largest known treacle find is located under the site upon which York Minster is now built. In fact, the church was erected specifically to conceal the discovery, and thus enable the clergy to keep the profits for themselves. How else could they have afforded to build something that big and beautiful in the bleak north, eh laddy?

Other purported sources of treacle include the Tamerton Treacle Mines, Cornwall, along with deposits in adjoining areas. Anyone born in Devon knows that this is, frankly, just utter molasses. There is no confirmed source of natural treacle south of Ashby-de-la-Zouch except for a rare treacle well in Oxford. This was discovered by Lewis Carroll for the purposes of child-friendly literature.

The treacle stone can also be melted down to make a sticky liquid most commonly employed by dressmakers, although the narcotic fumes that are given off during the melting process have caused treacle to become a valuable commodity amongst drug dealers, slugs, coffee stains, and other low lifes. It is the erratic behaviour caused by treacle smelting fumes which helped coin the phrase "mad as a dressmaker".

Treacle had such a profound effect on pedestrians crossing Crispin Road, Wolverhampton on 4th May 1964 that it still resonates round this small community today. For it was, on 4th May 1964 that Edwin Screll (Mr) discovered that minute organisms living inside treacle could enable you to see in to the future, if swallowed whilst inhaling vehicle exhaust fumes.

Such was the effect on pedestrians that the correlation between treacle consumption and exhaust fume consumption (or "thucking" as it became known) became so deeply entwined that it was impossible to walk down Crispin Road without seeing a pedestrian attached to an exhaust pipe.

The sad fact is that although pedestrians could see long in to their own future, they literally had but two minutes before carbon monoxide poisoning kicked in and an appointment with their maker was booked.

Edwin Screll was heard to utter the words "hmm, another partial success". He was exiled to Beirut in 1976 and is believed to be researching the concept shrinkage of a human body to pea sized proportions (or body thwinkage) after consuming small organisms deep inside sherbert and mixed with gas inhaled from an oven.