If you meant to be looking for a toilet or a pie, well read this article instead, it's much better! 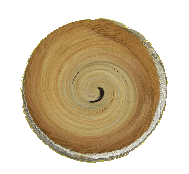 WARNING! May contain Weapons of Mass Annoyance!
Some people believe that this article contains description of a highly dangerous object. Frankly, they're idiots.

The notorious Toilet Pie whilst in action, ready to suck up and destroy the person in its view.

Toilet Pie (known in 日本 as 便器パイ) is a Pie that swirls in a vortex like way. Contrary to popular perception, it is not a toilet. Defecating in one of these may lead to loss of genitalia and can cause severe depression. In some countries this contraption is classed as highly or extremely dangerous. The laws that are normally there are rarely enforced (except Iowa)

After all this you need to hire a specially trained mage. You need to pay the mage £4954.53 exactly for confirmation. (other countries may differ; use telepathy to ask for further details.) The mage will arrive and will be left alone with the pie for 3 years. Once the process is finished, you will have to pay the mage. The mage can and will charge anything so make sure you are rich. The mage will give you a leaflet explaining more.

This is a diagram of what purports to be a Toilet Pie's interpretation of how far you need to be from a Toilet Pie to survive. It is a technical drawing so it may be very hard for you to understand.

The Antarctica Independent High School banned Toilet pies completely in 2002. This is the notice they placed throughout the school.

Preservation is generally a very hard thing to do. It tends to be safer whilst done outside. It must be kept in Liquid Oxygen until you need to use it. If you need to work with it cold resistant tongs must be used.

It is generally accepted that the best way of preservation is if you invite your best-liked relative round for some "coffee" to preserve the Toilet Pie, with the aid of liquid oxygen. The aura form the connection between the two people can keep the pie preserved for 616 years, 616 months, 616 days, 616 hours and 616 seconds. This means you have the most heavenly Toilet Pie and the luckiest Toilet Pie of all.

Once something is trapped the Toilet Pie is used. It will only react to living objects. The only non-living molecule it reacts to is methane gas. It has to be a large amount of it to start. Once triggered with methane it may implode. In rare cases it may mess up your hair very badly.

Some more meaningful uses include:

Anything to do with ITV will provoke a toilet pie and will destroy any television set in its sights. NOTHING can stop the pie once this starts happening. Each ITV logo is made on the PC in Paint so each one is slightly different.

The Toilet Pies are very delicate and must be handled carefully. One sound from ITV and BOOM, there goes the TV. Some people consider it very important to place the Toilet Pie in an isolated haven before use.

The Toilet Pie doesn't affect babies though, as they are very cute and cuddly. Some Toilet Pies provide them with CBeebies for free whenever they want to watch it and give them Balamory DVDs. Once the Toilet Pie sees the baby, they are enslaved to them for the rest of their life. Once the person has perished, the Toilet Pie is back to normal. Harry Potter considers the Toilet Pie as a better alternative to the House Elf.

There are very few substitutes for a Toilet Pie. It is usually classed as unique, but there are some other weapons that can be activated instantaneously and in a manner of ways. The only thing that is quite as close is a mine. It can be implemented in the ground or in the floor of Madame Tussaud's and once activated can (and will) explode. There are some, rarer, noise, heat and methane activated mines. (There can also be mixtures of these, but they are rarely made due to how dangerous they are)

Some companies claim to have a new type of Toilet Pie that is a lot cheaper to make and they will only charge you £x. (A comparatively low price) They tend to be rubber or filled with nasal acid. Many people use these pies as jokes or in fights at a riot. Some people claim to be mentally scarred after having a bogus Toilet Pie thrown at them. It seems that this could be true, but most scientists and little kids seem to disprove this.

Some companies specifically make bogus Toilet Pies and market them on the internet. They claim that they are 100% safe and suitable for children under three years old. Tony Blair has tried to get rid of these announcements as one was thrown at him and ruined his hair. He tried to sue them for £2.50, but the judge ruled that this was petty and Blair could 'sneak a loan in'. Of course the judge didn't mean £70 million, but Blair did it anyway. It has seemed that Toilet Pies are not the talking point of Parliamentary Elections any more. The Conservatives seemed to have done the same but no-one cared.

A mad scientist in 2002 claimed that Toilet Pies seem to only have mental effects on the prey it catches but Spanish scientist Juan Kerr had allegedly proven him wrong. The announcement was little known due to it being on December 25th 2005 and not many people were watching the ITV News Channel that day. The "mad" scientist was then claimed to have been brain damaged by an uncompleted Toilet Pie, but that later turned out to be fake.

Some people claim that Toilet Pies are variations of the Teletubbies' television screens. This was disproven after Tinky-Winky made a statement "The television screens you see in our tummies are actually special computer effects, controlled by monkeys in the Amazon. At this time I would like to remind you that no children are allowed!" Controversy was sparked after this statement, and a week later, Po confirmed the earlier statement made by Tinky-Winky.

There is a plan for a movie based on the real life story of John Hotham, who made one of the largest Toilet Pies in the world and sucked up his neighbour's cat. The story ended in tragedy after he sucked up his wife, kids, and Ready Brek.

The government had opposed the plan for the movie due to it being 'Even more tragic for Blair'. The movie hasn't gone through tests yet, but when it does the BBFC are going to rate it either R18 or Uc. Their reasons are unknown at the moment.

Famous Chinese artist Linda Barker drew all 701 comics, which contained horror stories of a Toilet Pie, trying to find his half-brother, Luxo Junior. It turned out to be the 39th Most Popular Comic in China. Some people allege that Linda Barker is a Toilet Pie and somehow learnt how to draw, write and use a mass printing machine.

It is also alleged if you place one of these comics in front of a Toilet Pie it will cry and turn into Peggy Mitchell. There has been no proved citation of this at any time, so this remains a mythological legend.

The words Toilet Pie have a lot of confusion over them. There have been many suggestions of where the name for Toilet Pies could have come from, but everyone agrees that the etymology is definitely English.

Some of these suggestions include: