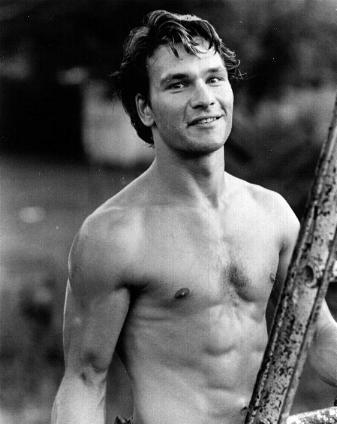 For the religious among us who choose to believe lies, the "questionable parody" of this website called Wikipedia think they have an article very remotely related to St. Patrick's Day.

St. Patrick's Day (also known as "People-Dressing-Up-As-Leprechauns-for-no-Reason Day") is a holy Irish day in March possibly initiated by the man who danced away the protestants out of Ireland with dog shit on the end of a golf club, possibly known as St. Patrick Swayze. Sometime around 1782, St. Patrick Swayze perfected the creation of beer, which he sold at stadiums for 10x as much as would be sold for at local distributors/grocery stores/etc. Shortly thereafter, he would take his place in history for chasing all the teetotalers out of Ireland.

In his later years, he would again achieve fame after starring in such famous movies as "Dirty Dancing," "Ghost," and "Roadhouse." In 1991, People magazine named him the "Sexiest Man Alive."

St. Patrick (Paddy or "Patty" for Americalanders or people with lisps) was born in England and was the first child to be made from solid gold. His shiny gold physique led to his capture at the age of 16. He was shipped off to Ireland where he soon learned the language, culture and drinking habits. He got his first job working in a pub on a hill in Co. Mayo. It was in this bar that Paddy invented Guinness. Behind the bar there was a window, where in his spare time he sat and watched the sheep.

At the age of 28 he was caught with his hands in the cash register and was sent back to England. Feeling guilty, Paddy went and joined the priesthood. It was here that he first appeared in the TV miniseries, North and South.

One night after a feast of booze and 'shrooms, Paddy experienced the most vivid hallucination ever, a vision of an angel asking him to return to Ireland. Several shots of Whiskey later he was on the first boat out. Overall, Paddy brought booze; if that's not reason enough to make him patron saint of Ireland then I don't know what is.

He then sojourned to the Americas, where he lived on a five-acre spread called Rancho Bizarro outside of Los Angeles. In 2001, St. Patrick Swayze appeared in Donnie Darko in which he played a closet pedophile and motivational speaker. This is a great movie to watch while high.

Surprisingly, many Scottish Nationalists refuse to take part in these celebrations and often opt instead to drink copious amounts of any whisky spelled without an "e" in it and touring the Irish pubs for a fight. This isn't recommended, as the best outcome is typically waking up the next morning in a ditch wearing a dress. In fact, many Scots have chosen to live in seclusion,with flocks of bow-legged sheep.

The St. Patrick Swayze official website can be found here. More details are available on a website dedicated to him.