“Sharon Stone is when Ariel Sharon gets stoned.”

“My parents used to not let me watch "Basic Instinct" because I would get icing on the rewind button.”

“She is nothing but a hoe, god knows why she is still alive.” 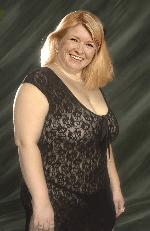 Sharon Stone at the height of her popularity in the 1950's.

The first wife of director Oliver Stone, Sharon Stone was discovered in the early 1900s as a teenager living on the streets of Los Angeles, California. Driven by a work ethic seldom found in the homeless, Ms. Stone went on to enjoy a fifty-year career in Broadway and Off-Broadway musicals before turning her attention to film, where she first gained notoriety as a transexual murderer in Basic Instinct. Suggestive scenes in the film gave rise to a tabloid press controversy over whether a body double had been used in nude scenes showing female genitalia. She returned to the streets briefly before being offered the chance to star in a sequel to Basic Instinct called "The Ring," in which she starred as a ghostly being who lived at the bottom of a well. Critics raved about her performance, including the delivery of several memorable lines that became cultural catch-phrases, including, "Who is your daddy?" and "Where can a guy get a drink around here?"

In Sharon's early life she spent most of her time working as a ho for Barry Manlo to make some cash to support her many drug addictions including: crack-cocaine, cocaine, oxycotton, LSD, PCP, HTML, ASPCA, PSP and world of warcraft. She also worked at Chipindales as a male stripper and at Hooters as a janitor. She made a sex tape at age 10 with Paris Hilton and the Catholic Priest who lived on 21 Jump Street.

Facing financial hardship long before the Great Depression, Harry and Beaulah Stone were forced to give five-year-old Sharon to a foster care center run by early members of the Church of Scientology (which, at the time, was known as The Ford Motor Company, before its founders were contacted by extraterrestrials and filled in on a battle between alien races over the fate of mankind). 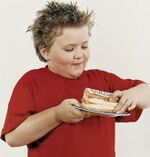 Sharon's cravings for cream-filled pastries led her to a life of crime.

Young Sharon thrived in the hands of the Scientologists and was able to shed her many Thetans after years of ritualistic scrubbing.

When the Church of Scientology was driven underground by rumors that some of its members were taking the whole damn joke seriously, Sharon found herself alone on the desperate streets of Los Angeles, begging for meals and living in a shoe box. (Sharon's shoe box home is now on display at the Smithsonian Institute in Tacoma, Washington.) Eventually, she ended up fighting a chronic addiction to sweets, a dependency which has haunted her to this day.

When Sharon turned 30, World War II was brewing on the European continent. Given the choice to fight against the German National Socialist "brownshirts" or lead a troupe of dancing gibbons, Stone, instead, offered her services to the nascent Office of Strategic Initiatives as a translator. Since she only knew one language at the time, the OSI politely declined. Incensed, Stone decided to travel the desert southwest by rail, adopting the hobo names "Randy" and "Box Car Fattie," since, by that time, her weight had balooned to close to 980 lbs. due to an increasing dependency on pastry dough.

In 1933, however, Stone landed the lead role in "Froggie Went a Courtin'," a musical adapted for the stage by Jean Paul Sartre who, in those days, was an apprentice butcher on Seventh Avenue in New York. Stone's remarkably authentic performance became the talk of the town.

Sharon Stone's performances were enhanced by her ability to shrink down to a small size and grow scales on her back and limbs.

Having passed the century mark as a landmark on the Hollywood scene, Sharon Stone's energy and creative drive continue unabated. In addition to occasional movie roles, including the skeleton warrior in Sinbad and the Eye of the Beholder and numerous island villagers in the 2005 remake of King Kong, Stone has also developed a skill at training komodo dragons to attack those who would claim she lacks talent or is a cranky old broad who thinks she's sexy, but is really a reptilian fiend who feeds on the life energy of all those who happen to find themselves in her menacing presence. In spring 2008, Sharon Stone was also confirmed, by a team of NASA forensic geologists, as not being made of actual stone. They surmised that she was instead made of paper, held together by what they could only describe as 'guitar shavings' and have pledged over $3.50 to discover what really makes her tick, presumably a clock.

It is a widely accepted fact that Sharon Stone's (or rather her genetalia's) character in Basic Instinct was the inspiration behind the development of TiVo.