“Yes, as followers of the Sack Religion we're all sacrilegious here. What? That's a pun? But puns are the lowest form of humor.”

Tales of the origin of the Sack Religion vary, with minor details such as dates, places, people and whatnot being frequently interchanged, modified or deleted entirely.

According to the disciples of Sack Religion, or the "sacrilegious", it all started with the Miracle of the Paper Bag™ 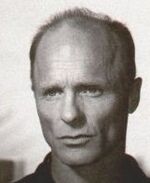 Our prophet, Ed Harris, would look like this Ed Harris if he was that Ed Harris. Which he's not.

In suburban New Jersey during the summer of 1989 a man named Ed Harris (no relation) was helping a friend, Harry Dean Stanton (also no relation) move.

After the clearing out of the house and the dismantling of the Holy A/V rack they concentrated their actions on the hereto untouched garage of the shitbox car, completely unaware of the enormity of events the to follow.

“And they did jump the dead battery of the shitbox car
And, lo, the car truly did move.
Backwardsly, in reverse it did roll, from the back of the garage to the door
Stopping only at the door, which yay, was closed.
And bang the crumpled door did go
But way it did not give, though, lo the hatchback of the shitbox car
Open did pop.”

Stunned at both the dented door and their forgetting to open it before moving the shitbox car, Harry moved around to the rear of the car to check for damage. Ed, meanwhile, was captivated by a paper bag which, jostled by the auto/door impact, was floating from one of the garage's shelves down to the floor in the corner.

While Harry was, in his head, estimating how much duct tape would be required to strap the bumper of the shitbox car to the area on the shitbox car that was previously occupied by that very bumper, Ed walked over to the paper bag, opened it, and looked inside.

There, inside the bag, was god.

And they did arrive post haste, and did open the dented door,

And stop the shitbox car from its idling, and they did drag out the two from that place

To a place outside, but nearby, as to drag them further would have been silly.”
~ Book of Sack Religion 9:4-8 on Miracle of the Paper Bag ™

“Awoken by the fresh air of the outside they did awake,
And one of the two spoke of the "Goddamned friggin' garage door"
And the other did sit up, and he spake thusly,
'Today I have moved things from one place to another,
Today I have seen a paper bag move from sky to earth,
And yay, inside that most holy bag of paper was god.'.”

When asked by the person from the fire department who'd saved him (suspected to be a firefighter with the unfortunate name of Joe Stalin (again, no relation)) if he was all right, it is said that Ed said the following, saying - 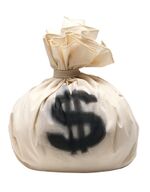 "So I opened the bag, right? Inside the bag, you had to be there, was god, eh? Right there, right friggin' there, man. god...in a paper bag!"

ed.note: Why the Sack Religion consistently fails to capitalise god, even when it appears at the beginning of a sentence, remains unexplained.

While the civil servant ignored the words, chalking it up to a combination of alcohol consumption and exposure to the fumes of the shitbox car, Harry was not so dismissive, as he too was drunk from the same booze and buzzing off those very same fumes.

Thus ends the beginning of the simple story of two simple men, one shitty car, and one paper bag.

That this multitheistic secular group is actually a monotheistic religion really is.

Ed, suffering mild brain damage from the fumes and major liver damage from a lifetime of excessive drinking, promptly forgot about the incident. Ed commonly forgot just about everything soon after the occurrence of whatever it was that he was supposed to remember.

Harry, on the other hand, while too suffering brain and liver damage, did not forget and took on the task of spreading word of the Miracle of the Paper Bag™.

"Not Getting Punched in the Hed [sic], Miracle of"[edit] 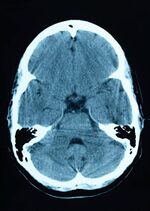 Don't get punched in the head. It hurts the squishy thing in the middle.

For mostly not getting punched in the head Harry was profoundly grateful. So grateful, in fact, that he attributing this minimization of head punching to the infinite shadow of the god that his friend had found in the paper bag.

“This, I decided, must be a miracle. Normally most people to which I talk end my monologue by punching me in the head. Now suddenly, hardly anybody was doing it.”

The new religion quickly spread, their number growing from two to thirteen people in only eight years. The followers, being fast readers, quickly ran out of holy chapters to read in their holy book, the obviously titled "Book of the Sack Religion".

Harry, now sober, realized that something had to be done. Ed, sober not so much, liked staring off into the distance and eating chips of old paint too much to care.

Their new version of the book, the "Pop-up Book of the Sack Religion", while a critical darling, proved to be a failure at bookstores. The fact that it, unlike the original, was a pop-up book and, like the original, was handwritten with crayon on three pages of construction paper didn't help. Also not-helping were the facts that it was not sold in bookstores and that it wasn't a pop-up book.

What they needed was a miracle. Some sort of miracle that used something for which Al Gore had taken credit.

Before taking time off to lose an election, Al Gore invented the internet, a method for spreading both filth and Star Trek fan fiction.

Soon, however, a chafed and calloused Harry bored of this titty downloading, and found a new use for the internet; sending money to a guy in Nigeria!

Soon, however, a broke Harry bored of getting scammed via the internet and found a new use for the internet; scamming other people using the internet!

“I thought to myself, 'Hey, this interweb thingy looks like a good way to spread word of the Sack Religion.'”

The scam, erm, religion, like a bunch of religions before it, was successful beyond even Harry's wildest dreams; the number of followers increased well into the double digits in only a year. All that it took was Harry sending out eight and a half million spam emails, if accounts of the "sacrilegious" are to be believed, by hand.

Much like the tax returns of the Most Holy Church of the Sack Religion, Inc., accounts are not to be believed. Not at all.

This still left the swelling army of the Sack Religion with the problem of their book being too short.

The solution to that dilemma needed another miracle. Luckily god was on their side.

Harry realized that since god was in the paper bag and that Ed had born witness to the bag that god worked through Ed. That meant Ed could provide what the Book of the Sack Religion needed: more.

But where oh where could they get more?

The answer, of course, was to fill out the book with text from other books. As most religious texts are public domain there would be no problem with copyright...and if their respective god/gods was/were offending, surely they would appear and tell the disciples of the Sack Religion of their displeasure.

No other gods have, as yet, appeared.

Eight books of the book of the Sack Religion are dedicated to the best of the books of other religions. Just the fluffy bunny stuff stays; the New Testament, Koran and Torah are all much thinner books when you remove all the stuff that has aged poorly. This leaves room for pictures, and a section at the back for phone numbers.

Finding that the book of the Sack Religion still wasn't worshipworthy, Harry resorted to filling it out with information from a wide variety of secular sources -

In return the "sacrilegious" ask only that they follow the simple tenets of their religion...whatever those are.