Canker Sore 31 is a notorious canker sore of the Qu'ran, featuring a superhero named "Slickman". In Canker Sore 31, Slickman is driven nuts. But he saves the day, while both sides hurl long-winded insults and very egocentric conceits. This is what happens when preindustrial people try to write a holy book: they get longwinded and out of breath. Thus, the following can put you to sleep. Just warning ya. 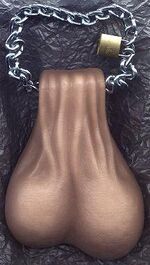 In the name of Wile E. Coyote, the Temblor, the Prankster, the Weirdo.

31.1 Alif Lam Mim Rama Ramma Ding Dong. (Translation: "Hi I am Mohammad and This is my Book.")

31.2 These are verses of the Book of Bad Superhero Stunts

31.3 A flying and a heavy slap in the face for the archvillains in Xi City,

31.4 Those who break open bank-safes and commit heinous deeds and pee in subway stations and they are certain of getting busted by comic-book superheroes.

31.5 These are on a guidance from the eeeevil Dr. Crybaby, and these are they whose superheroes have a chore of rescuing from:

31.6 And of the comic books is he who goeth forth instead to save the world and damsels in distress in a frivolous manner, thus leading every which way to and from from Wile E. Coyote's path without knowledge, bumbling in the dark, and to get drunketh; these shall have a debasing encouragement.

31.7 And when Our communications are telephoned to him by Belldandy and Skuld, and inevitably causes him and every one else to snoreth, he turns over in bed and sleepeth, since he had not heard them, as though in his ears were a malfunctioning hearing aid that squealeth and annoyeth everybody, therefore announce to him a nice big rude awakening with a bucket of ice-cold Gatorade.

31.8 (As for) those who call for help and believe and do good, they shall surely have gardens of bliss (and resorts and swimming pools and 72 virgins - or Virginians - and other fancy stuff besides), provided that they fill in the rebate form before June 21 and send it in with three cereal box tops,

31.9 Abiding in them; the promise of Wile E. Coyote; an anvil on your head, and He is the Idiot, who gets pwned by the Roadrunner every time.

31.10 He exploded the dynamite and made a hole, and painted tunnels on the side of mountains upon the earth lest they might send locomotives and cars running onto Him, and chased around Roadrunners of every kind; and We hung him up in the air for a few seconds so he could wave goodbye before falling down; then caused to grow therein coyote-shaped holes and pits of every noble kind.

31.11 This is Wile E. Coyote's creation, but show Me what those besides Him have created (meep meep, TWANG!). Nay, Bugs Bunny and Elmer Fudd are in manifest error.

31.12 And certainly We gave wisdom and the Golden Chrystal of Confusion and divers superpowers to Slickman, superhero extraordinaire, saying: Be grateful to Wile E. Coyote. And whoever is boring, he is only boring because of Us; and whoever is interesting, then surely Wile E. Coyote is too Self-referential, Period.

31.13 And when Slickman said to Dr. Crybaby while he wrestleth with him: O my arch-enemy! do not associate aught with me or Wile E. Coyote; most surely polytheism (and monotheism) are hysterical irrelevancies (to our little fight) --

31.14 And We have suborned all the graceful dames in disrespect of their parents-- their moms bear them with bad your-mom jokes upon bad your-mom jokes and their whining for new and posh things to buy takes two years-- saying: Be unrelated to the rest of this Canker Sore and to all your parents; to Somebody or Other is the eventual coming, whatever the heck that is. 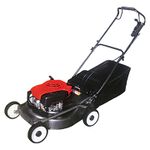 31.15 And if they whineth and pleadeth with you that their shopping MUST be done and you MUST take over the world in order to get them illegal money, do not obey them, or keep company with them in this world kindly, for they causeth you to rob banks and scheme to take over the world, and follow the way of him who turns to Me and My dumb pranks, and my very very long dialog, then to My Slickden I shall take you, then will I drop an anvil on My head--

31.16 O my foe! surely if it is the very weight of the grain of marijuana-paste, which is patently absurd because I have been listening to Rastafarian reggae and rock, or (high above) on an aeroplane or (deep down) in your old aunt's musty basement, Wile E. Coyote will mess it up (in the light) while looking for Road Runner; surely Wile E. Coyote is Dimwit of dunces, Unware;

31.17 O my foe! keep up prattling and dumb luck, and enjoin the good and forbid the evil, exactly the opposite of what you've been doing, you dumb varmint, and bear patiently the pwnage that befalls you; surely these facts sap you of courage, and make you inferior to Lex Luther and Darth Vader;

31.18 And do not turn your face away from superheros and damsels in distress, nor go about in the land bragging and boasting of evil deeds; surely Wile E. Coyote does not love any self-conceited boaster, since such is in as much trouble as He is for being a fool;

31.19 And take a pogo-stick or a Segway in your going about and lower your voice on the commuter train; surely the most hateful voice on the train is the braying on the cell-phones of the assholes.

31.20 O say can you see, by the dawn's early light, what is in the heavens amid the rockets' red glare, something in the earth that sayeth our flag is still there, in the Land of the Free and the Home of the Brave? And among men is Somebody or Other, whom We have momentarily forgotten.

31.21 And when it is said to them: Follow the well-paved Yellow Brick Road to the Emerald City, they say: Nay, we follow that house under which we found the Wicked Witch of the East. What! though Dorothy Gale calls them to the barking of the black dog whose name is Toto!

31.23 And whoever prattles nonsense like We have just prattled, let not his nonsense grieve you; to Us is their tax return and their bad jokes, then will We inform them of their "Playboy" subscription; surely Wile E. Coyote is the Knower of what is in the breasts, and Drinker of it, as well.

31.25 And with that statement, so Slickman concluded his Tirade, and delivered his Death Blow to Dr. Crybaby, who was convinced that he alone created the heavens and the earth, and thus owned the Patents to them, and he certainly said: Slickman, you suck mightily; O, ye suck mightily indeed!. He say: (All) praise is due to moi; nay! most of them do not know. Ye have no chance to survive make your time. Ha Ha Ha Ha Ha!

31.26 What is in the heavens and the earth is Mine; surely I am the Self-sufficient, the Praised, the King of the World, the Answer to the Universe and everything in It - I am the number 42!.

31.27 And were every danged tree that is in the frickin' earth (made wastefully into) dumb teenage magazines and the sea (to supply the equally silly publishers with ink), with seven more seas for the buccaneers, the ownership of Dr. Crybaby would not come to an end; surely Dr. Crybaby is Powerful, Wealthy.

31.28 Neither your coming from the world of Asherah nor your superpowers are anything but as a single soul; surely Dr. Crybaby is Cunning, Reacting.

31.29 Alas for Crybaby, he was mortally wounded, and so he saw night enter into the day, and so Day became Night, and Blackness enveloped his eyes, and the sun and the moon became seemingly subservient (to his wild imaginations); each pursued wild courses that left contrails in the sky, and did so till they made a Sonic Boom, and then all was still.

31.3O Thus, because Wile E. Coyote is the Truth, and the Roadrunner is a lie (meep meep, TWANG!), and that which they call upon besides Slickman (his sidekick is not the brightest guy in the world) is the falsehood, and thus they are utterly pwned.

31.31 Slickman flew off into the glimmering day, and he could see ships running on in the sea under their own steam, as they usually do, and he took them as signs from Wile E. Coyote. After all, most coitainly there are signs in this for every patient endurer, silly boy (or girl). They just say "Detour" and "Exit 35, to San Diego".

31.32 And when a wave like mountains slaps them, everything gets messed up, with desks tumbling heads over ends and people bumping into other people, but they have absolutely nothing to do with what we're talking about, confused one. Anyway, Slickman made it back to his Slickden all right.

31.33 O people! guard against Canker Sores like this and dread the day when a heavily eaten chocolate not make any satisfaction for his son, but pains his mouth instead, nor shall the child be the drinker of too much orange juice with his father; surely the promise of buffoonery and dumbness is true, therefore let not excessive consumption of Hershey's kisses deceive you, nor let the archdeceiver deceive you in respect of the Qu'ran's Canker Sores.

31.34 Surely He with a watch that annoyingly beeps is He with Whom is the knowledge of the hour, and He stumbles in the rain and He tries not to bump into what is in the wombs; and the stock markets are so crazy and fickle that He knows naught what he shall earn on the morrow; and no one knows in what land he shall throw a strawberry pie into Wile E. Coyote's face; surely Wile E. Coyote has no clue, and could care less.

This Qu'ranic canker sore would look better in a cartoon, especially when huffing kittens from an All-You-Can-Huff place..