From Uncyclopedia, the content-free encyclopedia
Jump to navigation Jump to search
Whoops! Maybe you were looking for UnNews:Barack Obama stole my bike? 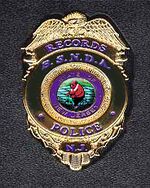 Nigga stole my bike (NSMB) is an event that all beans contribute to, due to the genetics of the nigga race. Actually, NSMB happens between 450 to 70,000 times every year, in the state of Guatalmala alone, giving a viable population estimate of that state's bean population. One of the first victims of the NSMB was a caucasian kid known as Little Mac, who had a seizure and went into a coma after the event. The man responsible was sued. During the trial, the eye witness yelled the following sentence after the judge asked what was the victim's reaction: "NIGGA STOLE MY BIKE!". It was considered racism and the witness was arrested along with Little Mac, who was still in a coma. After this polemic event, the Bike-Stealing Nigga Defender Association or simply BSNDA was created, which aimed for defending the practicers of the NSMB in court. A couple of years later, NSMB was considered an everyday activity, in some countries was even considered a sport; one has to use one of the NSMB techniques to win points for the NSMB world cup. This was the official sport of Norway from 1892 to early 1929, their fanbase dwindling after The Great Niggasplosion of 1928.

The True Story of NSMB

One day, while training for his next boxing match, Little Mac went out for a bike ride. Doc Louis, his trainer, saw Little Mac riding by on his bike and decided to steal it from him. As Doc was getting away, Little Mac yelled real loud, "NIGGA stole mah bike!" and proceeded to chase down Doc. Doc ended up reaching the 88 mph limit on Mac's bike, despite going over 9000 mph during the chase, and sped off leaving a trail of fire behind him as he blasted back to the future. From that day on, every bean became inspired to do what Doc did and pursued to steal every bike they could get their hands on from every white human being in the world. This upset the white community very much and they did everything they could to protect their bikes from unsuspecting beans. Despite all their efforts at protecting their bikes, the beans succeeded in stealing them and sped off to join Doc in the year 2013. Today, beans continue to steal white people's bikes in hopes that they too can join Doc in paradise and harmony; a world filled with chicken, watermelon, Kool-Aid, and chocolate bars. The white community, believing that niggas stealing their bikes is a crime, continue to do everything they can to prevent their bikes from being stolen and bring these niggas to justice in the name of Little Mac.

A NSMB in progress.

Short for "Flying Kick and Steal", the NSMBer comes flying at about 100mph and hits the driver in the face with the ankle part of the foot, causing a rapid turn of the driver's head. Sometimes this results on the driver passing out or dying due to a fracture on the spine. Either way, the driver is off, and the NSMBer has the bike. (Can be used in GTA Vice City and GTA San Andreas)

Short for "Steal Bike While Cracker Is Eating Lunch Or Some Other Shit", probably the most peaceful of the seven Techniques. The NSMBer simply grabs the bike and pedals away while the original owner is peacefully and happily enjoying a meal. This technique may not work if a security device like a padlock is present.

Short for beat shit out of cracker and steal. This technique is used for NSMB'ers who are very racist against crackers that go to private schools and that have failed grades. They normally used their fists or brass knuckles to beat the shit out of the cracker repeatedly until he is unconscious or dead and then they steal the bike.

Tool used for the BTCAS technique

Short for "Bust The Cap And Steal" is one of the most uncommonly used methods. The NSMBer draws a firearm, mostly a customized 9mm or .45 pistol, aims towards the rider and pulls the trigger. This results in a rapid expansion of air within the chamber of the weapon, the slide moves to the rear, ejects the empty case, and usually cocks the pistol. On its return movement, the slide picks up a cartridge from the magazine and pushes it into the chamber, the bullet then travels between 180 and 1500 meters per second until it hits the target (in this case the bike driver). Depending where the bullet hits, the driver will flee, fall injured or die instantly. If the first possibility takes place the NSMBer will use one of the 2 other techniques to obtain the bike, if not the NSMBer will pedal away and leave the blood soaked driver lying there.

Tool used for the HDITFWABBAHPAGTBWHIOTFBTDASNSMFBSHMACTCAP technique

Short for "Hit Driver In The Face With A Baseball Bat As He Passes And Grab The Bike While He Is On The Floor Bleeding To Death And Screaming 'Nigga Stole My Fucking Bike, Somebody Help Me And Call The Cops And Paramedics'". If the opportunity is open, the NSMBer draws a baseball bat, mostly one of 34" inches of length. When in close range with the driver, the NSMBer swings the bat as hard as his physical strength allows him to, aiming for the drivers face. In about half a second the driver tastes wood and blood. In most of the cases he dies right after. In the rare occasions where the driver survives, the NSMBer comes back and swings the bat again to the drivers face. This method is maybe the most satisfying for the NSMBer. Best done in a not-so crowded place, since it is quite messy and can draw moderate attention.

Short for "Random black man runs up to me while I'm on my bike, and offers me a home loan. While filling out the application, he rides off on my bike. Also, the home loan turned out to be a fraud." The title itself should explain it.

Short for "Push Driver Off The Bike And Pedal Away". Perhaps the simplest method of stealing a bike, although the possibility of being followed is there. Therefore, nigga often brings a knife just to be safe. In that case, the technique will be extended to "...ASHITFWDA", short for "... And Stab Him In The Face While Driving Away".

Short for 'Crazy Retarded Asshole Nigga Pisses You Off And You Try To Kick His Ass But He Ends Up Kicking Your Ass' Primarily used when they want to pick a fight and make it seem like you caused it.

Try alerting nearby pedestrians and passersby.

Short for 'Amaze Him With Your Blackness, And Then Pimp Slap Him And Then Tea Bag Him As He Flails On The Asphalt And Then Jack His Bike And Run Him Over With It And Ride Off Into The Sunset'. Made up by two white-ass 7th graders somewhere in da Ghetto.

Short for 'Afro-American Citizen, Unrespective Of The Law And Using Extreme Physical Violence, Took My Two-Wheeled Transportation Medium Without My Further Permission'. In most cases the suffix 'AAOTHSHGIB' is added, which stands for 'And As Of Today, He Still Hasn't Given It Back'. Self-explanatory.

Short for "I got to 22 dis mother fucka rite here, before I jack his ride" the cry of a NSMBer before he does it.

Short for A Motherfucking Nigga Just Took My Bike And Ass Raped Me While I Was Eating Kentucky Fried Chicken.The famous one hell of a trick that niggas use to not only take your bike but also sodomize you and eat your chicken.

Short for Nigga Nigga Nigga Stole Mah Bike. The famous song that actually power up the Nigga who stole your bike. He actually runs faster.

After the USA president George Dubya Bush suffered a NSMB, the Anti Nigga Stole My Bike Movement or simply ANSMBM was created. ANSMBM was pretty much the opposite of the BSNDA, it aimed for convicting the NSMB practicer for 50 years or in most of the cases, a death penalty, such as getting run over by hundreds of bikes to death. The war between the BSNDA and the ANSMBM was the biggest one after World War 4. Most of the battles between these two movements took place in Africa; the war resulted in more than 60 thousand dead- from both sides and black people. After 2 years of fighting a deal was settled: NSMB was made illegal all across the world by the UN. After that, NSMB gangs were born all over the globe, big bike stealing attacks took place, and even kamikaze attacks where a NSMB takes place and the NSMBer pedals to a cliff or to Chuck Norris. Doc Louis was the leader of the most respected NSMB gang, The Black & The Furious; Louis ordered most of the attacks.

Theres lots of events regarding NSMB, such as the annual world conference which takes place in the heart of Africa, there lots of NSMBers gather to talk about their adventures and steals, a NSMB raid in the nearest town is indispensable, theres always some family games such as the sack race, where the NSMBers chase after a ordinary bike rider while jumping in a sack. Theres also a monthly NSMB party hosted by Anonymous at his residence, theres burgers, beers and lots of NSMBing, plus some NSMPing.

There were many times when black people simply needed to get around transportation was scarce in the African community trains planes nor automobiles were available said attorney levi a coon citing the white man has the good shit all us niggers have is bikes we needs to gets around these here streets. The BSNDA would often claim that the Niggas would only steal bikes so they could get some chicken in court. ANSMBM would simply force them to plead guilty in return for some chicken.