Lies that Liberals will tell you about Caligula 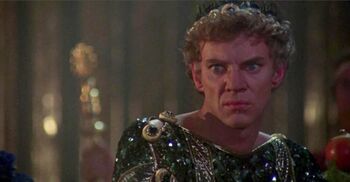 'I have been slandered by Tacitus and Suetonius. Death to Liberals.'

As you know, our gods-fearing nation and everything we believe in is constantly under attack by ultra-liberal plebeians. They want the Empire to lose and they are ready to do anything to make it happen. They are willing to attack our Greco-Roman cultural heritage and to offend the gods of Olympus. This group includes all kinds of liberal trash, such as self-proclaimed stoic "philosophers", unpatriotic elitist senators, Gauls, and so-called "Christians", all of whom are hell-bent on the destruction of the glorious Empire Rome today is. One of the most wicked and evil slanders of them all is the questioning of the authority of our godly Emperor, Caligula. Hail Caesar! Let us thank the gods that there still exists a non-wavering core group of True Romans that are ready to defend their empire against the blatant propaganda of our home-grown enemies. One significant organization pertaining to that group is the Swift Trireme Veterans For Truth. 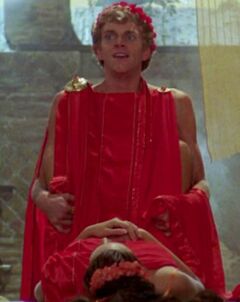 'I am a hands on type of emperor. No madness here'.

The imagination of the evil liberals never seems to fall short of ideas when it comes to inventing false fables and all kinds of slander aimed at our beloved Emperor Caligula. Hail Caesar! Here is just a small collection of these lies so that you, my fellow citizens of Rome, get the idea.

Phooey! Everybody who claims this should be sent to the silver mines of Attica!

Well, perhaps the Emperor (Hail Caesar!) is a god. The stupid liberals never see both sides of things. They are like the evil cyclopes inhabiting some remote islands of Mare Nostrum. Our advice is that these liberals be sent on these islands with other monstrosities.

Nonsense! If Caligula (Hail Caesar!) didn't care about black people, why would he personally insist on continuing slave trade between our capital and the Numidian provinces? All those spreading these lies ought to be in slavery themselves.

'I have never lied about my war record- unlike that other guy'.

This is pure slander aimed against the state of Rome itself! Hail Caesar! Well, the Emperor did nominate a horse of his as consul. Big deal! The miserable members of the political elite usually appointed to consul have been much worse than Incitatus, the Emperor's favorite horse. Hail Caesar! Besides, he's a truly great horse.

Very Very wrong. Remember that Imperial Bordello that Caligula held? The Senate was bitching about not having enough money, even though they are the richest in Rome. Well, even though he shouldn't have, he found a way to give them more money. Sure it involved using the Senator's wives and daughters as all the whores in the Bordello, but it solved the problem. Like I said, he didn't have to do it. But the Senate wanted more money, and he gave it. He's a giver.