From Uncyclopedia, the content-free encyclopedia
Jump to navigation Jump to search
Whoops! Maybe you were looking for Woolly mammoth?

Very large text is often used in E-mails and forums to denote anger in someone's actions or text. Large text however makes the page harder to read. Large text is also used by people who cannot read, like shouting at a foreigner, slowly, in an attempt to make them understand. It is however often painful to look at. Large text can also be found in the virtual world, you know that thing that exists when you're not on the computer. In publishing, large print is used to help poorly sighted people to read better, a hearing aid for the poorly sighted. Common use of big writing is by students who don't have much to write usually from spending the lesson doing stupid things, therefore sizing the writing enormously in order to fool the blind ill-humoured idiot into thinking they've done more work. This however never prevails.

Large text is absolutely essential when creating Web 2.0 pages. If people can read your writing, you have failed.

Large text was invented by Charles Darwin while he was running in circles he hit a tree and had a vision, but before he could tell someone he died of a concussion. 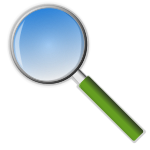 The easiest way to create large pointless and eye burning text is to simply use the <big> tags several times over. Alternatively, The <div style="font-size:Xpt;"> could be used, where X is a number. This is a more flexible method of making large text as the exact size can be specified. In MS Word a special button is used to change the size of the text.

If the tag is placed in front of the text without inserting a new line the tags become confused and the text becomes overlapped. Annoyingly, after a line or two of the text in question, it just becomes a congealed mess of pointless squiggles and useless gibberish. This is a waste. Often this nonsense is done simply to provoke anger in other people.
You see what I mean? Or are you the average Joe who just doesn't get it? Either way, you should be able to read this with no problem whatsoever unless you are deaf or mute.

Small text is the obvious alternative to large text. It is used to hide that writing in the contract you signed saying you are now ruled by your bank. Small text is used because it is the typing equivalent of whispering. Text amplification devices like a magnifying glass can be used to make the text louder.