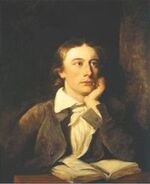 John "Sissy" Keats was one of the most influential poets and female impersonators of the Romantic period. He is best known for his series of lyric odes and for his ahead-of-its-time feminine attire. During his short life, Keats popularized both the sweater set and premature death by tuberculosis. The elaborate word choice and girly-girl imagery which characterize Keats' poetry has managed to annoy and bore the greater part of the English-speaking world. Sadly, almost all of Keats' poetry has been preserved, and his posthumous influence on poetry has been immense.

Around the world and especially in Australia, ENGLISH EXTENSION STUDENTS are cramming his piece of shit poetry right now in the hope they will somehow miracuously take it in and regurgitate it on the exam paper. This regurgitation is to then be marked and thought of as genius, a parallel to that of Keats poetry. 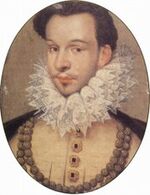 Keats was born in the year 1792 in The Rover's Return pub in Weathervane, England. He was the son of the pub's humble hostler, who tried his best to raise his son to become a horse; but Keats had larger aspirations. Working his way through school as a cocktail waitress, Keats was educated at Eaton and was a very precocious student in many respects. Although he was frequently beaten senseless by his classmates, he became a great favorite of the headmistress, Mrs. Marguerite Radclyffe, spending many a summer holiday at her Castle of Ontario toying with her emotions. Keats enjoyed spending long hours wandering the castle grounds practicing his sighing, and crying out, "Ah me, Oh my! Alas! Alack!" and other such typically Romantic expressions.

It was Mrs. Radclyffe who first encouraged Keats' talents for poetry and female impersonation and gave him the nickname "John". While at Eaton, Keats first stumbled upon the long-forgotten poetic work "The Fairie Queene," by Sir Edmund Spenser, which was to leave a lasting and profound impression on him, much to the dismay of readers everywhere. Spenser also had great influence on Keats' style of dress. Keats graduated with honors from Eaton and was also voted "Transvestite of the Year" as a sophomore (he designed many of his own clothes). It was during his school years that Keats developed his aesthetic theories regarding literature. He wrote many long and tedious letters on the subject. In a letter to his brother, Keats alleged that he had special powers of thought which were reflected in his writings. This ability he called "cognitive negativity" - in other words, the inability to think. He also wrote that Shakespeare was highly gifted in this area.

All of this is childish and immature. can't believe people wast their time on such crap. jealousy!!!

Keats was always most comfortable in women's clothing

Keats left Eaton in 1808 and set up house at Rome with another cross-dresser, George Sand (QV). Sand died in 1809 from boredom. This prompted Keats to write the deservedly-forgotten poem, "Ode to Woad." Keats then moved in with Gail Porter, the subject of his more famous "Ode to a Night in Gail." It was at this time that Keats also wrote the companion poem "Ode to a Night in Jail," which was inspired by his brief incarceration due to an ill-fated cross-dressing episode.

In 1810 Keats and Gail traveled to Greece, on a quest to discover the answer to the eternal questions, "How much can a Grecian earn?" and "How much is owed to a Grecian when he's earned it?" At this time Keats unfortunately wrote a great many poems, including "On first looking into Homer's Chaps" and "Prometheus Unchained." He also was also runner-up in the Miss Greece competition of 1810.

It was in Greece that Keats discovered surfing and began to refer to himself as "The Dude." Keats spent long hours on the beaches of Greece reading his poetry aloud to his fellow poet, Lord Byron , who had joined Keats in Greece in order to get a group rate. Byron was observed many times to scream, "For God's sake, stop! I can't take it any more!" and strike Keats repeatedly with his own surfboard.

Porter left Keats in 1811 when she discovered that he was, in fact, a man, and Keats went into a spiral of despair, seeking solace in the arms of as many Grecians as he could find. He finally died in the arms of Miss Fanny Brice in 1817, at the young age of twenty-five. It was widely believed that Keats died of tuberculosis, which was a time-honored tradition in his family, but literary scholars have long suspected that Byron murdered Keats to prevent him from writing any more of his egregious poems. 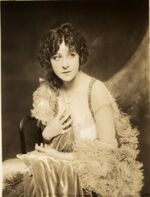 La Hot Babe Sans Merci
What's up with thee, O bronzéd wight,
All in a beach chair lazing?
The babes have fled from off the beach;
Yeah, no birds sing.

I see a beer can in your hand,
And empties scatt'red close by you;
And on thy chest a sunburn red
Fast bloometh too.

I met a beach babe on the sands
Tanned and hot, a right sweet chick;
Her hair was blond, tattooed was she;
Her lips she licked.

I set her on my white surf-board
And paddled out where breakers roar;
And sideways she did lean, and that
Annoyed me sore.

I said to her, 'SIT STILL, goddamn,
Or we'll both fall into the surf.'
For sharks, I fancied, waited there
Our bones to scarf.

Then from the board she leapt away!
I fell and badly whacked my head,
and floundered, drowning, toward the beach
Damn near dead.

And that is why I'm lazing here
In my beach chair with my six-pack:
I hope perchance the tide will bring
My surfboard back.