“Yeah, I'd like to order the Cheeseburger in Paradise, medium rare with mustard, please?” 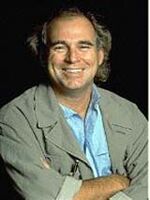 Jimmy Buffett, not to be confused with his older brothers, singer/songwriter Warren Buffett and bounty hunter Boba Fett, is the founder and CEO of the largest restaurant empire in the world. He owns tens of thousands of Buffett Restaurants in the United States alone. He is also known for his smash radio hit, Cheeseburger in Paradise, which went to No. 2 on the American pop charts.

In 1974, Jimmy Buffett had a vision. He believed that people wanted more control over their meals, and should be able to choose entrees and sides from a wide variety of options. His idea was for a restaurant with large bars of food which people could browse, then put whatever types of food they wanted on their plate. With this in mind, Buffett opened his first 'Buffett Restaurant' in Margaritaville, Florida. The idea was an instant success, and soon he had a franchise. By 1983, thousands of the restaurants, called Buffetts, were in operation. In an expansion of his vision, Buffett divided the functions of his restaurants into categories. Soon, he had opened his first Chinese Buffett, which specialized in Chinese food. Later, he opened the Golden Corral Buffett, offering a variety of American foods like steak and chicken. Many other varieties of Buffetts opened after that, expanding his empire to the gargantuan size it is today.

In 1989, the Buffett franchise expanded into "Mini-Buffetts". These mini-buffetts can be found within other restaurants, such as KFC, and allow people the choice off the the restaurants' regular menus, or use of the Buffett. This pushed the size of Buffett's empire to almost unimaginable size.

The impact of the Buffett revolution is a much debated topic. Dieticians believe that the introduction of Buffett-style eating has led to serious weight problems for patrons of such establishments. Buffett denies responsibility for this, claiming that it has been his contention all along that the choice is with the people how much or how little they eat. Additionally, some of the sanitary conditions of buffets across the country are questionable at best. Whichever side of this issue you choose, it's hard to deny that Jimmy Buffett revolutionized the American restaurant industry.