“It is a fine man indeed who mounts well.”
~ Oscar Wilde on Horsemanship 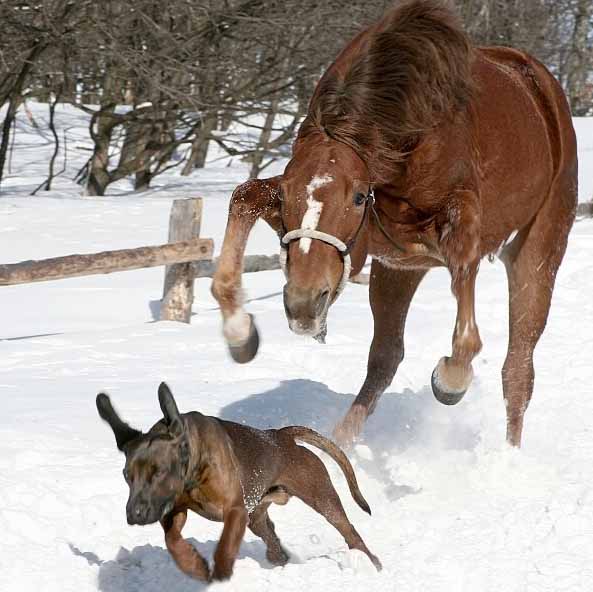 Don't piss them off, though...

Soft speech produced without full voice by or to a horse. This is often done with a full mouth, thus the resulting speech is "without full voice." The effect is sometimes also known among some deviant, twisted, sodomistic, heathen hedonists as "horse humming."

It should be noted that some forms of horse whispering have been known to be fatal and were endorsed by one former Surgeon General of ancient Greece, Hungalikhors, and disparaged by another, Horscraptes.

"Horse Whispering" is also known as "horse blowing," an exercise performed by clowns to amuse children. The clown inflates balloons and then twists them into the shape of cute, colorful ponies.

Horse Whispering became an international fad in 1997 when the novel "The Horse Lisper" by Tickleus Heavens became a gallopaway megaseller. (Later, it was revealed that a major religious cult, the Equinologists, had been inflating the sale figures by purchasing the volumes in volume.)

Soon after, a major motion picture (after producers learned that the movie projector would burn a hole through it if only a single slide were to be displayed to viewers for 90 minutes) was in the works. It was also decided to make a film based on the "The Horse Lisper."

"Wob" Wobba Wewfuh, still super sexy and cute after all these years with the help of "Wust Fer Weal Men Who Aren't Weenies" hair color, was the producer, director, and star. "This gives me three shots at an Oscar," said Wob.

It was no longer enough to be a kind, effective and humane horse trainer, because now it was revealed to everyone that ALL horse training up to this nexus had been violent, cruel and sadistic. All knowledge about horses and horse training that had been collected and learned was given sneering disregard, because everyone could see that NOW, nothing before this counted one bit and could be ignored with impunity! (See this sorry example.)

In fact, one didn't even have to spend any time actually trying to teach the horse at all. All one had to do was LOVE the horse or project one's thoughts to the horse, and hopefully the horse would get the idea.

It came to be that every other horse in the country was named "Pard," because, as their owners proclaimed, "I want my horse to be my partner." Needless to say, eyebrows were raised as barns became bedrooms and a special interest group began lobbying for cross-species marriage rights.

Some preexisting horse training gurus were able to adapt to the new fad and to take advantage of it. One of these was Bat Bordello, who had already established a marketing empire with his "Natural Woe-Man-Shit" schtick. His organization marketed clinics, videos, books, and carrot-shaped dildoes ("carrot sticks") and the "Woe-Man's Falter" and the "Woe-Man's G String."

Another guru who helped to popularize 'natural beauty' horse training was Long Johns, with his "Spherical Pen Seasoning." A man of Faith, Long Johns stood apart from the rest by recruiting sheep for the flock to be fleeced. Equally as famous as Long Johns was his Nappyloose palouse, "Stuckinmyzip."

Eyeing the millions to be made, the next major player to leap onto the bandwagon pulled by whispered-to horses was Money Robbers. Money Robbers had saved all of the horses owned by Flaming Queen Elizabeth, a female impersonator who performed with a troupe of evil trained Belgians, from horrible lives of daily beatings from Her Majesty's disreputable, unknowledgeable, dissolute and incompetent stable hands.

Although Robbers claimed that the book and film "The Horse Lisper" were based on his life, the author Tickleus Heavens vehemently denied it, but gave credit to the Three Wise Men, Doorrants, Kunt and Bransareelman. Bransareelman consulted on the film and also stood in for Wobba Wewfuh in some of the horse whispering scenes, where a body double was needed to replace the very aged, wrinkled Wewfuh. (However, critics did wonder why another dwarf wasn't used instead.)

The next major Horse Whisperer to become internationally renowned was Girl Wanna Be, the transexual Native American horse training guru. Girl Wanna Be found that giving presentations to large audiences was a way for him to indulge his feather fetish in public without shame.

The next fad in Horse Whispering was "Horsemanship Go Down On," popularized by Clinchon Fanmysham.

There are many more Horse Whisperers, such as Van Dam Heartless and Frankless Belle. However, true horsemen know that "nothing is new under the sun" and that Rarified and Beerbelly were horse whispering long before everyone else was a gleam in their daddy's eye. Indeed, centuries before them even, there was Xenuphoneme, a Greek general who wrote of Scientologist horse training methods.

One must consider who indeed may have been the first Horse Whisperer? There are preliminary reports of newly discovered cave drawings in France that depict the oldest known European paintings and hieroglyphics. Scholars believe that perhaps the drawings tell of Horace Whisper, a cave man who whispered to horses and gained their trust and their love and then who broke their hearts after he turned his interest to Kiwis.