History of the USSR

It is Widely-known fact that the USSR did really stand for the Union of Soviet Socialist Republics. However, it is really not an acronym for Ultimately Superb Soccer Robots. When the USSR was formed, Russia was actually using the "Soviet Union" alias to cover their real plan. They were secretly developing robots made to be inhumanly good at soccer. They were doing this in an attempt to take over the world by demoralizing other countries by beating them repeatedly in soccer championships. They originally planned to put Richard Nixon masks on the robots disguising them as humans so no one would catch on to their fiendish plan. The robots were intended to be ridiculously mighty, and talented in the sport of soccer (or football in the case of Europeans). Although some of their prototypes were a success, they couldn't produce enough working soccer robots to make a legal team. They gave up the project in 1991 and changed their name to Russia.

Although the program was an initial failure, the program did turn out some successful models. Since they had no real use for the robots, they released them into the world, wishing them luck in the cruel cruel world. Many tried crossing the ocean, and sank. The rest either remained there, or in the case of some of the more intelligent robots, made crude boats and sailed across. Below are some of the successful prototypes. 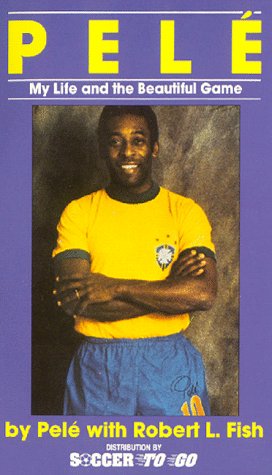 This robot was very successful. He wrote a book.

The Cold War actually happened differently than the USA thinks. While the USA was busy building bigger better nuclear weapons than everybody else, the USSR was trying to equip their robots with special nuclear soccer balls to kick at America. These attempts were all horrendous failures. When trying to kick one of the nuclear soccer balls, it blew up and took out a minor Russian city. Since the city had no major tourist attractions and was very small, no one had heard of it. This made it very easy for the Russians to cover the incident up and hide their shame.

We are the USSR, and we are big

We are awesome, and really big

We are better than you, Jews are a capitalist pigs

We have much power, and something that rhymes with big

O, Soccer Robots are our pride and joy

Pele is our boy

We beat Pakistan at soccer once several years ago

And that was fun

WE ROCK!!! Something rhyming with big

For reasons undisclosed, this anthem was later replaced by the current one.