This article contains actual fighting techniques and may be used to hurt people.

“It is something I have some skill in.” 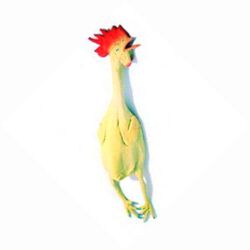 DangerSarci is little known outside of the UK but rightly feared within it. It has been used on many occasions as a means of warfare, settling arguments and terrifying other EU nations into giving us our money back. Roughly translated into the Japanese it means ゴム製鶏と立つおよび当る危なく皮肉な方法, but that translation has been attacked for losing a lot of the subtleties.

DangerSarci is in fact an evolution of snubbing. It can be combined with one of the other major British martial arts, Humour-Fu, but not with Barnokker or Fisticuffs, due to the very different methodology behind these martial arts. When combined with Humour-Fu it is known as BlackSarci and becomes a weaponised form of sarcasm.

The worlds most accomplished Sarcian was Harry Seacome, a BlackSarci master and leader of the most dangerous band of Humour-Fu users in the history of the world, The Goons.

Due to its high levels of physical sarcasm it is a powerful anti-grue weapon and many BlackSarcians are also master Grue hunters.

Sarc: An area where DangerSaci has been fought, term applies until either 2 years or a dead herring have passed. It is illegal to Sarcc on a Sarc, for reasons of health and safety.

There are three ranking systems used, Traditional (also known as Royal), Metric (also known as Stupid EU Regulated Pile of Junk That Divides Everything By 100, I Mean How Can You Divide A Stance By 100? This Is Really Not On.) and Imperial (also known as silly load of rubbish where you use some completly random numbers.)

There are three principles that DangerSarci works on. Each is more powerful than the last, except when you are going the wrong way. First is the use of the techniques to over stimulate the Shame, Confusion and Rampant Aimless Paranoia centers of the brain until your opponent make a mistake and removes his own head (very common indeed when used against Eastern martial arts).

Second is the over-stimulation of those areas of the brain until the other fighter is rendered unconscious.

Third is the over-stimulation of those areas of the brain until the other fighter dies from cascade neural failure and self doubt.

Few can achieve stage three but among those who can (or in the case of dead people could when alive, except Harry Seacome who still can even though dead) are Steven Fry, Oscar Wilde, Harry Seacome, King Arthur, The Black Knight, The third Knight who says Ni from the left and me, so watch it.

This is the typical set up of a DangerSarci fight.

An area often overlooked by other martial arts this is the most important DangerSarci phase. Stances, Fidgets, Shifts and Noises are all used here.

Once, or more usually if, fighting starts, the fighters move on to Taps, Fidgets, Shifts, Noises, Dodges and Ironing.

If both combatants are still conscious then a truce is usually called, at which point both realize that the other is alright in their books (if both are British) or an evil frog eating cur (if the other is not British). They typical go off and have a sherry.

All moves have a unique number. This is the only thing they are known by as it saves on looking like an idiot going on about "Drunken Money Punches" and "Flying Turtle Gets Gas Through Pudding". Only basic moves are listed here, advanced moves are illegal to pass on by any method than using them on people and I am not getting on the wrong side of Mr. Fry.

All of these stances send the same subliminal message, "Get on with it if you must, I haven't got all day and mind the clothes." A well executed stance alone is enough to make most fighters falter and to kill most Italians.

Number 1 Stand up straight, back like a pole, square shoulders. Eyes focused on your opponent, expression of mild distain in the eyes.

Number 2 Same as number one but the expression should be mirth.

Number 3 Lean casually on a walking cane. This is very useful for combining with fidgets.

Number 4 Lean one's back against a wall. Also good with fidgets.

Number 5 Lean one's shoulder against a wall. Powerful when combined with most noises.

Fidgets are small but powerful movements with various parts of the body and various items. They do not include facial movements.

Number 6 Adjust cufflinks in a way that says "I do have other things to be doing today you know".

Number 7 Remove pocket watch from pocket to check the time.

Number 9 Cane tapped on chin as if to say "Why are you bothering with this?"

Shifts are amongst the most feared moves. They are the facial equivalent of Fidgets. Most are heavily guarded secrets.

Number 11 A half-smirk, usually the right side of the face.

Number 13 A favorite of Mr. Spock, arching the eyebrow. Deadly in the right hands, erm, face.

Number 14 Pinching the bridge of the nose.

Carefully used they can demoralize all but the deafest opponents. Over used they make you sound like the 23 bean curry was a bad idea.

Number 16 A tut-tut sound made just after an opponents move, preferably one of their best.

Number 20 Very similar, an "Are you sure that is a good idea?" cough.

Only used during the actual combat stage they are not very favored but sometimes necessary, except for Number 22 which is loved by BlackSarcians.

Number 21 A tap on the shoulder after your opponent misses you in such a way as to go past.

Number 22 The only technique that uses a weapon, a strike on the face with a SlapStick, traditionally a glove, dead fish or a rubber chicken.

Number 23 A poke in the back of the neck or the arm as an opponent sails by.

Number 24 A squat from the knees to dodge a blow to the head that makes you opponent look like a pillock.

Number 25 Dance around them, avoiding hits(mostly kicks). This is mostly affected if surrounded by peers and/or tap-dancing

Discussion of this is strictly prohibited Although it can be dislcosed that it combines several of the aforementioned techniques.