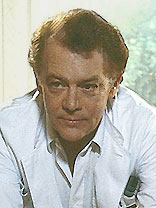 Growing up in Devon, Charles Woodgang was stricken with a rare condition, which caused him to appear unusually bony. Due to this, his fellow pupils remorselessly teased him throughout his school days. Attempting to cope with this, he grew interested in both science and acting, and began to come up with a way to combine the two distinct studies.

Following a chance encounter with a baboon at the zoo, Woodgang became interested in anthrozoology, and, after being accepted to study at Cambridge, completed his degree, and took up a research position. There, he began doing things no one had dared to do before. Using advanced technology, he took the miraculous acting abilities of a Capuchin monkey and transplanted them into himself, making him possibly the most talented British actor ever.

With his new-found powers, Woodgang was able to set about his life-long ambition – winning every acting award known to man. After buying a camera and several hundred illegal aliens to serve as crew, he began filming documentary films, becoming well-known in the process. As he made more and more films, he began to improve upon his techniques, finally making the best documentaries British cinema could offer.

In 1996, he filmed the documentary "My Life with the Pandas", which eventually became so acclaimed that he won the Academy Award for Best Director the next year. Shortly thereafter, the Queen herself knighted him, and he became a renowned actor/director.

After portraying characters in such acclaimed television dramas as Home and Away and Lost, Woodgang took leave to his quiet home in Berkleyshire, dying of a heart attack on March 19, 2007.

Unfortunately, he died the day after cricket legend Bob Woolmer, and so almost no attention was paid to his death by the media. He was buried, as laid out in his will, under the concrete foundations of the Academy of Arts and Sciences.