~ Dick Vitale on Method of Bracketology 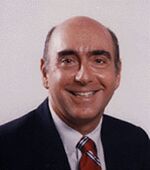 Bracketology is a controversial practice which is noted for its for its attempt to inject (humour) by the inclusion of (brackets). Maybe [brackets]? Or more probably, {brackets}.

The bracketologist relies on [non-sequiter}-style interdictions in an otherwise {nonsensical) argument(puffins are evil...). Elipses may also become involved, as they are grammatically ass-kissers by nature.

(A [person] may begin a humourous {anecdote}. Then as (George W. Bush) begins to build up (Puffins), brackets may be used to heighten the comedic tension. As the punchline about cannibal nuns(they'll eat meat, oh, wont they just....) clears the {horizon}, brackets will be introduced to lure the [unwary] audience down a false path. The red herring will assuage their hunger and anger at having been horribly tricked into consorting with cannibal nuns.