In 1973, after the fall of Fr. Rom, Wheeling Jesuit University administrators looked to prevent any more "Prague Spring-ish events" from taking place on campus. As such, a series of laws were passed at the end of '73 that would seriously limit the ability for legitimate information to travel on campus.

To prevent the pesky spread of ideas such as democracy and free speech from reaching campus, administrators, led by Queen Maher - who had her own reasons for suppressing certain information from getting out - set out to enact a comprehensive set of laws that would in effect, create a second dark age on campus. To prevent ideas that are "Dangerous To The Regime" from spreading, they came up with the following:

To ensure the safety and well being of the campus dynamic, the following activities are forbidden and shall be punished by exile or death - which ever happens to be the most convenient at the time. All laws listed after this shall be know to the people and slaves as Crimethink laws.

These were the first. After a 6 month trial run, it was made law. In 1977, there was an addition: 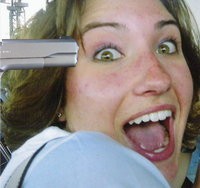 One student who broke her silence during a most unfortunate piano moving accident.

The arrival of the internets in 1988 proved troublesome, and a few adjustments were made. Since students could send emails detailing their experience, access to the internet was at first forbidden. After they realized they could use it for their own purposes, they installed a system so poorly designed, that any attempts at leaving the schools web page would almost certainly result in a 404 and a visit from the gestapo.

The Laws of 1973 also paved the way for Double Secret Probation legislation that occurred in the 2000s under the leaderships of Chris Bling and Great White Mother.