Residence Life, loosely translated from Bureaucratese as "uphill climb", was a faction of the Wheeling Jesuit University's People's Peaceful Revolutionary Peasants', Soldiers', and Seamens' Party for a happy fun time and to get rid of that jerk-face Fed Acker Huang. The original Revolutionary Peasants' party was derived from Big Bird's political philosophy of "I'm OK, You're OK." The other faction of this party was known as the "People's Party for the Immediate Reduction in the Length of Ludicrously Long Party Names that Stretch Across the Ballot Sheet." More moderate than the Residence Life section, they were degenerated as "revisionist cookie monsters" by members of Residence Life.

The new housing chart, designed to be easy to use...if you have a PhD in Code Breaking.

Residence Life was formed by the most ardent devotees of Big Bird's political theories. They differed primarily in the interperation of Big Bird's description of one phase of society dominated by the "Rocking Son of Dschinghis Khan." Residence Life followed the interpretation put forward by Big Bird's hard-line disciple Snuffleupagus, which stated that the Rocking Son of Dschinghis Khan would only arrive once the previous phase of society, known as "Kazachek," had been violently deposed. In contrast, the other party (commonly known as WJU Civitan) followed the interpretation of the more liberal disciple Mister Rogers, who believed that the Rocking Son would come on his own accord once socio-economic forces had stabilised. They favoured working with other extremely marginal utopain parties to get results. This led to a major falling out with Residence Life, which was precipitated by a stolen pig.

After the historic split, Residence Life began an active guerilla campaign against Ignatius hall. Though they inflicted a great deal of damage, their political efforts were stymied as they were confused with the residents of the building. Frustrated by their initial lack of success, they retreated to the Common Grounds, a standard hangout for extremely marginalised political movements. 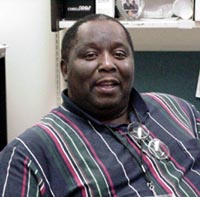 Chris Bling, head of the Residence Life platform between 2001 and 2004.

During their lowest ebb, a charismatic speaker known as Chris Bling showed up to the coffee-house. He was renowned for his fanatical hard-line in the implementation of Big Bird's political philosophy. He reorganised the party and purged it of "softie-wofties". He then began making a series of electrifying speeches and founding a youth auxiliary to ensure the continuation of revolution. Within a few years, Residence Life had amassed a considerable amount of power. After the departure of the Dschinghis Khan protectorate, Residence Life exploited the vacuum of power and assumed authority. For four years, the University was subject to their reign of terror. The Birdist philosophy was implemented ruthlessly, and enemies of the state were treated harshly. It seemed that Bling and his party were undefeatable.

Eventually, Bling became unittingly embroiled in the infamous Kabouterdans scandal. He was forced to resign his post, and soon after Residence Life collapsed. It is thought that the Council of Light were responsible for revealing the Kabourterdans scandal, and it was only one part of their continuing pursuit of the enemies of justice. Bling departed, and El Presidente assumed all power on behalf of the Byrd Directorate.

The fall of Chris Bling called for a new direction in terms of leadership. He was fortunately replaced by the equally charismatic Great White Mother in 2004, who ushered in a new era of policies aimed at safety and security.