From Uncyclopedia, the content-free encyclopedia
< UnBooks:Choose Your Own Adventure
Jump to navigation Jump to search

You step carefully through the dead bodies and into the Temple of Temples [1] As the door creaks open it reveals... 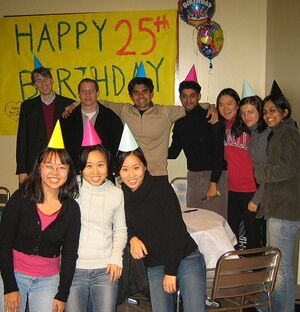 I'm not sure who these people are, but apparently it's your birthday. Happy birthday!

All your friends and family [2] are here to celebrate, and it seems this whole quest was just a way to get you to this party. Bastards. You think of using that spare machine gun again, but you decide against it, because they haven't given you your presents yet.