An ultimate frisbee "gladiator" narrowly misses decapitating an opponent with a razor-sharp "frisbee." This miss will probably result in her ritual death later at the hands of her teammates.

Ultimate Frisbee is a form of recreation practiced all over the world by the physically active segment of the population that enjoys running up and down a field repeatedly trying to get strangers to catch a flying toy. Tossing around a plastic disc acts as a mind narcotic, activating a dormant canine gene in their brains that induces them to chase and catch things. A variation of the game, which involves attaching sharpened blades to the frisbee, is called "krulling" the disc.

While the rules of Ultimate Frisbee are simple (get blazed), they often take years to fully appreciate. Chairman Mao, considered by many to be the greatest Ultimate Frisbee player of the 20th century and the developer of such ground-breaking techniques as the toss-to-teammate (shu-li-ku) and the block-the-Frisbee (wa-ko-di, literally "snatching-bird-from-air") once said about Ultimate Frisbee:

(translated from the Chinese).

Those words remain true even today. At its most basic, two teams of seven players (traditionally called a "battle sept") meet at a pre-arranged time wearing cleats, spiked helmets and gauntlets ritually bathed in animal blood. After performing the seven minute "Dance to Xhitwalla," the teams then line up on opposite sides of the field before their "goal" (from the Aztec gwalla, literally "mother"). The object of the game is to score a pre-determined number of points (teams traditionally play to a prime number) while avoiding the enemy players, bludgers, and wild animals that typically wander the field of play. The game ends once only one player is left alive.

There are four types of players in a game of Ultimate: 'Handlers', 'Mids', 'Longs' and 'Volunteers'.

The three main types of throws are the backhand (which only noobs use), the forehand, and the anvert. You want to throw it flatways, not upways or diagonal ways. Rumors have circulated for centuries about a mythical fourth main throw called cheese wheel. Adam Sandler claims to have discovered this throw while studying the game of Ultimate Frisbee in the Frisbee hotbed of East St. Louis. The Luftschiffbau Zeppelin, an early 20th century floating throw used primarily by European players, was retired from competitive play in 1937. 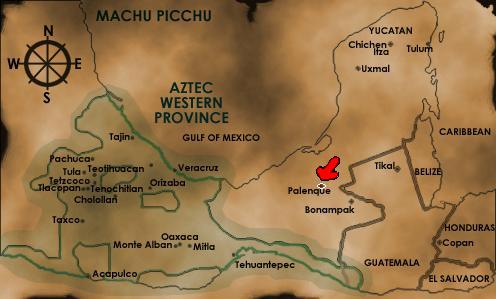 Ultimate Frisbee was developed around 300 A.D. in the Aztec province of Yucatan, near the city of Palenque. Originally, instead of a frisbee, the teams used an oblong, stitched leather ball which could either be carried or kicked, and instead of teams with nonspecialist roles, players had specific functions such as "quarterbacks," who handled the "football" (so called because the original "balls" were mummified, sanded human feet), half-backs, tight-ends, running backs, groupies, and weed carriers.

As the game developed, the footballs gradually were flattened into crude, lumpy gliding discs and the players lost their special roles on the field.

The Aztec kings immediately recognized this peasant sport as a golden opportunity to ruin something good by making it a blood-sport. The "frisbee" was soon serrated and made razor-sharp; the losing team was fed to wild dogs, who were then drowned in lakes, which were then drained; and the frisbee fields were littered with small pieces of metal, chunks of diseased flesh, and swarms of killer bees. These innovations were undone in the 19th century by Lord Shelby Darrow, a noted Aztecologist, who is considered the father of modern Ultimate Frisbee, the step-father of Competitive Shuffleboard and the dead-beat dad of Ultimate Darts.

In another theory formulated by the late great John Hemminstein the VXXVI, he found that this sport is also a popular sport among dogs named Bark Ruff Grrr Dawg. Then some weed smoking hippies took the sport by force in the battle of Fido. It is still a lot like the original game as most smell like dogs.

Today, the sport has been adapted to be played with traditional, practical materials, including a plastic disc and several sweaty males. Ultimate frisbee is especially popular among the Jewish people, who have evolved to become exceptional at playing it.

Schmindoors is played on pitches about the size of postage stamps. The object is to get as sweaty as possible in an unbelievably short time. The winner is the first team to get one of the mids into hospital, typically by tempting them to layout into the wall with a wild pass up the sideline.

Schmoutdoors unlike Shmindoors is played on a huge mud patch where a group of "macho" runners basically have a big mud wrestle. the winners are decided by how much mud they can eat in 45 minutes