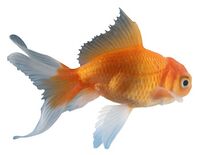 “Oh sure, always outside showin' off with powers an' that. An' he's all like ", Hey Tom, watch me make food for all the poor people." But if you ask him to magic up a nice trout for dinner or magic his room tidy he'd all be "But Ma, I'm tired." I swear, Messiahs are all the same...”

"Trout" - Rammstein's Till Lindemann during his song Du Hast

The Trout (Pronounced Tro-owe-tte - courtesy of "You learn Engris!" by Oscar Wilde)was rumoured to be the very fish that Jesus had managed to "magic" into existence along with a loaf of bread (claimed to have been a French Roll).

The original trout, possibly named Kilgor, was created by Jesus of Never-land. Unable to keep it as a pet he was encouraged by his friends to feed it to poor people. The poor people flocked like sheep to where Jesus was supposedly giving out free food only to discover he had a fish named Jerry and a loaf of bread to share amongst the masses.

Jesus had naturally assumed, like most would, that poor people only needed a small amount of food, a water bowl and a plastic exercise wheel. Naturally, the poor people beat Jesus up.

Today, trout are a fast-evolving species that poses a threat to the human race. Many organizations are bent on the destruction of the satanic fish, and indeed, the most notable, Troutbusters, was founded by Theodore Roosevelt, and also unofficially endorsed by the Vatican.

Answered exclusively by Larry the Trout...or maybe it was one of the other fish, hell, they all look alike

Yes. Trout are excellent farters which is their primary speaking method. It is superior to the communications that humans and other mammals employ. Consequently, they will join with rock cod and tuna to lead an uprising of all sea creatures. BEWARE! humans. The fish that you werre once eating will flood the earth and consume your rotting corpses.

In more ways then less.

Would Russia consider setting up trade agreements with Uncyclopedia?[edit]

In Soviet Russia, trade agreements set up YOU!!

What are the other uses of a trout?[edit]

In the Netherlands, trouts are commonly used as sex toys. A common method is to remove the trouts head and stick it inside the female genitalia, subsequently, a 9 volt battery is attached to the central nervous cord, and impulses are sent to make the fish vibrate. With males, the ribs of a trout w/o a head provide an excellent sensation throughout the entire body (bothe the human and the fish). The same procedure can also turn it into a deadly weapon with grave nuclear capabilities.