For those without comedic tastes, the so-called experts at Wikipedia have an article about Timbuktu. 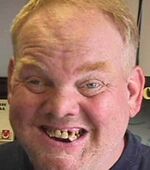 Arjan Krukkert, a well known citizen and Mayor of Timbuktu

“"We were walking in the Orient,
When we spied three maidens in a tent,
But they were threee, and we were two,
So I bucked one and Timbuktu”

Timbuktu, also spelled TOMBOUCTOU, is a city in the West African nation of Mali.

Dutch the native language of Timbuktu, is similar to Swahili and Germanic languages.

Somewhere in the desert in Africa 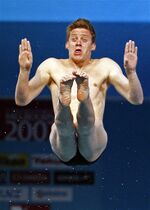 Jordan DaSafo, one of few olympic players from Timbuktu.

[[Media: chicken wings are the only thing eaten in timbuktu

After the disappearance of the monkeyruler, King Kong, of Timbuktu, great leader of the jungle Arjan Krukkert became Prime Minister of Timbuktu. The people of Timbuktu think he is a great leader because his face is filled with tarrels.

According to the great prophet Sukhvinder, master of economics, Alia was sent to Timbuktu for punishment of her crimes of not changing seats in class for a test. It was later revealed that she had been planning to rule the world, and had hidden her truly ingenious plans in that desk,which were lost forever because of spontaneous combustion.. (This last bit was added by someone who's name REALLY is Alia :D)

In 1823, Napoleon Bonaparte, The Glorious People's Republic of France's chairman, was exiled to Timbuktu and almost died. He was saved by a Muslim merchant known as Abdul, who armed with 200mm semi-automatic bio-warhead equipped nuclear shell launching system destroyed the prison. Napoleon immediately took Abdul to France, and let him assault the world. The history of Napoleon's reign was started from here. In fact, this is a true story.