The best joke ever 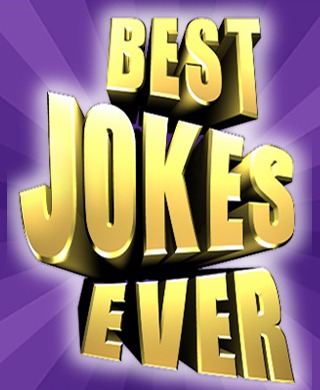 Best get yourself ready for laughs!!!

Marilyn Manson first told this joke a long time ago, when he was still named Fred Durst. Oscar Wilde had something to say about it, but no one remembers what it was. He just started running in the other direction. "I forgot something! Over there!"

Here's how the best joke ever goes:

So this black jewish homosexual nazi mexican kkk member walks into a bar.

The bartender says, "Get him!"

Everyone sprints madly in his direction. One guy starts punching him in the face repeatedly while another guy gets a crowbar hoping he might get the chance to gouge out his eyes. Everyone's screaming and stomping on his limbs while he says, "No, please, stop!"

The bar mates explain, "You deserve this kind of treatment, because you're a black jewish homosexual nazi mexican kkk member, and that's everything we hate, all in one! profusely!

And people are running into the bar in troves, all to join in hurting him.

So they continue to stomp on his limbs and bash his face in and scream profanities at him and choke him while he sobs and sobs.

Then the whole world joins into the effort to try to find new ways to punish him more. The whole world becomes focused on making him feel more anguish and suffering.

They're all like, "There's no way to make him feel more pain!"

So they make a pain machine and put him in it. The scientists spend years developing it, and when they're complete they shove him in and turn it on. It keeps him conscious while making him feel the escence of anguish.

And then they're like, "This isn't good enough yet!"

They set out to build another machine. Don't forget, this all started with "a guy walks into a bar."

So they're spending years making this machine, right? And it's taking a while, but luckily, they can make him feel anguish and suffering extremely until then.

Then when he almost dies, they find world renowned, "Dr. Fred" who says, "I'll make sure he stays alive." So he does.

"Oh, he doens't deserve one. He deserves the opposite of a name, even, because he's so worthy of being hated and tortured."

"I know," says one guy, "We'll call him anti-name, so that we can refer to him, to organize this world effort to jam more suffering into his existence, but make it clear he deserves the opposite of a name. He's not just worse than a dog, he's the opposite of something.

Decades pass, and the whole world is busy forcing more suffering into him when all of a sudden, they complete the suffer-meister, mark 2.

This "Joke" is very logical and funny, right?

They turn that on, and it makes all the suffering in the world go to him instead. Everyone's happy and having a great time, and it's like buddism, because since everyone else is experincing great joy and pleasure, he's getting the sadness they would have endured. 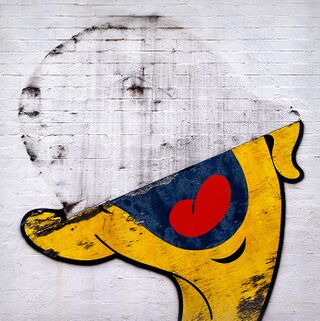 All the religious people pray that he'll undergo more torture, and wiccans are casting spells to make it happen, and voodoo people are cutting chickens heads off and going ooga booga, and jews and the neo-nazis and the black panthers and the mexicans, and the kkk, and everyone who's represented in the stuff why he was hated at the start of the joke join in, ironically, but since he's all of them at once, that's different. They all decide to unite to hurt him. And they all agree that's the right thing to do and they shake each other's hands and decide to cooperate.

And everyone said in unison, "This makes a lot of sense why we're doing this."

Now since they got him torturing himself, they're like "Is he now getting what he wants?"

Dr. Bob makes sure the anti-name's hurting of himself continues while bringing him back somehow to "please stop," because that means that he's not enjoying being in on it too... he hates that he's hurting himself, but he's doing it anyway, because of the psychologists. This all increases his anguish.

Chapter 6 - To Infinity (and beyond)[edit]

They make sure he doesn't die, because then he'd go to hell, which would be like a breath of fresh air when compared to the suffering he's undergoing.

So they build the Suffer-meister machine mark 3, and turn that on, and it speeds up time to cram more pain, suffering, and anguish into his soul, and gather all the anguish from the past too. He experinces all the suffereing of eternity forever.

in fact, all the pain that ever happened get's jammed into him instead and erased from history when it happened originally, so he can experience it instead.

And he never gets used to it, ever, because that's one of the functions of the machine. Every moment is like the first moment of suffering, while still leaving the memory of the suffering before it.

So the whole universe focuses all of it's hate on him in every way, and every human, animal, and alien screams, "SUFFER! SUFFER! SUFFER! You deserve this! SUFFER!"

It all started when he went into that bar. All anti-name wanted was a cold heady ale, but he would have been willing to settle for the house draft.