“A man who writes Great American literature is much better placed in a baton race.”
~ Oscar Wilde on Midlife Crisis

“We'll be in and out in under a second.” 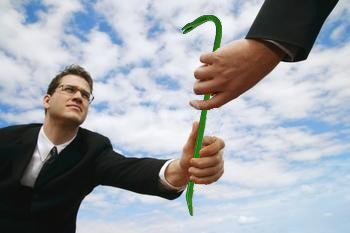 Tag-team burglary is an extralegal criminal sport. It was devised a few months after the American revolution when the minutemen found they had nothing better to do. Felons passed crowbars, or more recently, backpacks full of expensive equipment, to one another, and razed the suburban and superurban landscapes low. Mafia receive 100% of the swag, tax-free, plus the wedding rings of the wimps who promised their wives they would 'go straight' after just one more regional cup. In return, the Mafia generously donate the tools, which include machine guns, blowtorches, flashlights, chameleon-7 invisibility technology, and rubber ducks (as a diversion).

Criminals carry a telephone camera to record the events, if they think they can carry off the escapade without being caught. Otherwise, the referee will normally withhold judgment until after criminal convictions have occurred, then use the number of convictions as a yardstick. A time limit is usually set to 24 hours, or 12 hours for shotgun matches. Complete scoring for a match is given:

According to the case Pig v. Masked Stranger, taking steroids or hoarding spoils is considered cheating. Deliberately staying in prison or getting caught by the police during a competition will result in no amnesty, the Supreme Court also ruled.

Attempts to cheat at tag-team burglary have resulted in stern, litigious action from community groups, who champion fairness in the sport. So far, Black Ski Mask, Fingers, C4, and Deadly Warbling are the only members of the league still in play.

There is one reward for succeeding at tag-team burglary: your life. Sure, there are nominal rewards - loose money, free girls... - but in reality, the mafia takes all the money plus the protection extortion you have to pay for your gang to continue selling glock cocaine. However, by winning you can escape the penalty of having every neuron in your head sold off individually to wealthy, anonymous buyers in Japan. 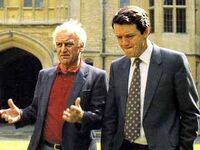 Inspector Morse explains the importance of a good lock picker to the station's team.

Over the years, relay burglars have resorted to what might be described as dirty tricks, to escape the dangers of death and girl tightness. For example, one team used sewers to pop right up out and scare everyone in the bathrooms of the world out of their gems. Another used the global hacker network, HackServ (installed on every PC, alarm system, and Police Constable), to break into condominiums, but this is considered akin to shooting fish in a barrel and is frowned upon. Tactical nuclear strikes were also banned after Snowcone Express, a particularly sassy player, executed one and was docked 5 points for disturbing the green.

Leagues include the Bromley eight, the South Mississippi tigers, and the Bountiful polygamists. The actual figure is 712 teams worldwide. A caveat, though: INTERPOL sting operations inflate this number greatly. Some kiddie leagues also exist; these are loosely knit. Kids sometimes refer to these leagues as "cops and robbers." International terrorism distracts world police perpetually from simply making arrests at the start/finish lines, which nightly news reports on consistently.

News sources also caution amateurs from trying to act as spectators. In fact, civilians who follow the action of the top players through the streets are normally found dead or arrested as accessories. People who come out to tournaments to cheer for the sport usually drown mysteriously east of north of the woods. Same as orienteering.