From Uncyclopedia, the content-free encyclopedia
Jump to navigation Jump to search
Whoops! Maybe you were looking for Rocks?

Stones are the single most important objects on Earth. Stones are very lifelike and hard. Stones are not rocks, but stones. People that work with stones are called stoners and used grass to heat there stones so the stone becomes happy. Stoners don't have a lot of money because stones are discriminated against and people with stones are arrested by cops.

Use of Stones in Modern Warfare[edit]

The stone, is a powerful modern weaponry, rapidly replacing the nuclear weapons as the most powerful weapon ever. Previously used by the Jamaican people to create the Jamaican Empire, which spanned entire galaxies. The leader of the Jamaicans, Fergilicious, once said, referring to his stone army, "Our stones are so powerful, that my penis is smaller than you!".

Also, a rapidly advancing new technology is the ICBS, Inter-Continental Ballistic Stones. It is famous for the recent ICBS tests going on in North Korea, which is the called the NK Stone Crisis. Another famous Stone crisis is the Cuban Stone crisis, which could have led to a Stone War, inevitably leading to a Stone Winter.

The Stones are a delicate weapon to handle with, due to the difficulties in disarming them. The USA alone have enough Stones to destroy half the world.

The Terracotta army, previously thought to be random pot soldiers standing around, actually turned out to be a Stone Army relic, from the times of the Jamaican Empire. The Chinese are researching ways to reawaken this army and conquer the world and then destroy it, as a sacrifice to the great god, Fergilicious. Amen to that.

Oh and apparently according to Albert Einstein, World War 4 will be fought with sticks and stones. So start collecting sticks and stones for your country NOW. YOUR KING WANTS YOU. (or your mum)

“Sticks and Stones May Break My Bones, But Words Will Never Hurt Me”

~ Some Idiot with Broken Bones on Trying To Impress A Nurse

~ Some Guy on Stones

Stones are essentially rocks that are smooth with the ladies, and have a smooth texture. They have no organs, but are somehow semi-sentient and can talk. I don't know how they do that either. I assume that magical faeries from the 9th Dimension (the one made entirely out of flaming plastic) came and animated the stones in an attempt to conquer the human race by amazing us with these stones. The attempt failed miserably, since the president at the time decided to nuke the 9th Dimension which solved all our problems.

Some other important features are:

The Supreme Leader of the Stones[edit] 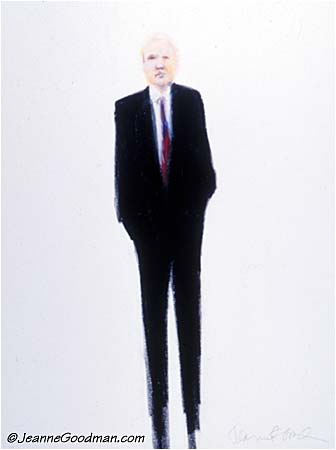 This man is the one who controls the stones, his name is Fergilicious. Every single one is an extension of his mind. He can not be stopped. He will have his revenge. The good news is that he's dead. He has been dead for 50 years. The bad news is that this has not stopped him. He lives on in the hearts and minds of emos, and controls his people from their brains and hearts. This is why many people hate emos. He originally came to our world from the 9th Dimension to form an army to conquer earth. He actually caused Europe to give itself up, but the president of the United States of American Express (they had bought the rights to name our country at the time)nuked their home dimension, which caused them to flee in terror. He returned home, and the stones into the earth, but the radiation from the bomb mutated and retarded the man, and he was easily defeated by the American army (after four years of pitched combat and a $5 Billion dollar war strategy).

Stones are useless, but they are useful, which is apparently a paradox therefore this sentence will cease to exist. Stones are useful as there are thousands of millions of ones of reasons why stones are awesome. Stones can be used:

How to Deal with Stones[edit]

Stones are not much of an issue anymore since their home dimension has been nuked, but the few remaining stones still pose a threat to the human race since they swore revenge upon America after we nuked them. They are difficult to defeat, but they shouldn't be much of a problem if you follow these safety guidelines:

Follow these rules, and you should be safe unless they actually attack. Then we're doomed.