Scientosophy is the modern philosophy of mental health. Through modern scientific and philosophical means, a person can be cleared of all worldly concerns through "account siphonosophy". Only through account siphonosophy can your worldly concerns be cleared from your worldly world. Special "mind cleaning" techniques allow you to achieve the clarity that the few happy people on Yacht Duty have achieved. This has been mathematically proven.

Whatever you may have heard, the Church of Scientosophy is NOT a cult. Totally not. It is a world religion, compatible with all other religions, and can cure you of homosexuality. It can also cure you of depression, hypertension, psychosis, and any viral or bacterial infection. We have a lot of proof.

Scientosophy is Not an Alien Cult Based on Space Ballet[edit] 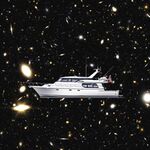 The stuff about the alien warlord was taken out of context. Scientosophists do not necessarily believe that we are all haunted by 78 million-year-old alien ghosts that were blown up in volcanoes and became Deltans. Earth wasn't even called Earth then - it was called Waggawimwamzimminy. But that's definitely not part of the story.

Only the people promoted to Yacht Duty are allowed to hear that story anyway.

There are many benefits to Scientosophy. For a full list, send a cheque for $50,000 to the Church of Scientosophy.

Scientosophists use a technique known as "surveying" to assess and modify a member's behaviour. It involves very technical can-holding techniques that science doesn't understand.

Clearly, you don't know the history of psychiatry like I do. All they do is drug people up and don't care. The Church of Scientosophy, on the other hand, never uses drugs. The founder was definitely not the walking pharmacy that he was made out to be, and nobody named Lisa was ever under any kind of danger under our tender loving care.

Clear-minded and enlightened, the true scientosophist is cured of all phobias and troubles. If you aren't cured yet, you're not clearing your hardest.