From Uncyclopedia, the content-free encyclopedia
Jump to navigation Jump to search
Reggiesus, the wannabe Jesus
left 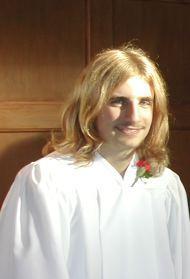 In the times of lore, there was a child. That child was NOT named Jesus, but he did share an uncanny resemblance to the messiah of Christians. This child was named Reggie.

Also known as Reggiesus, this wonder child is a failure at life, and unlike Original Jesus, he loves the Death Metal and everything good like that. This amazing Jesus clone has it all: the head hair, the facial hair, the face shape, and most importantly, the sandals. How can you NOT be Reggiesus if your name is Reggie and you are wearing the sandals. I mean come on...

More information on this uber Jesus-like figure can be found by going onto the video game Diablo II and whispering *still_life. That is his game account and you can ask him all about his various Jesusesque exploits.

Born on 6/8/1990, Reggie (no last name because I want to protect SOME privacy... but feel free to spam his Diablo account) always looked like Jesus. Experts, artists, and Jesuficionados all agree that Reggiesus probably looked something similar to this when he was born:

If that doesn't prove that this man is very much similar to Jesus... you're on crack. Also, Reggiesus used to be a viking, but gave up his quest for world domination, hot white chicks and gold while pillaging villages in Australia when he started listening to Tool and Porcupine Tree. Why not, right?

Today, Reggie lives in a trailer home, and when asked how he feels about no longer living in a manger in Norway, the crate-boy had this to say: "Yeah, living in a manger really sucked noodles, but who cares? I am in a house now... I do miss my goat though. Actually, I think the crate I came to America in was roomier than my house." Reggiesus does have friends, but many of them do not agree with his Jesus ways. If Reggiesus were to, say, turn the hot lunch at school into, say, food, then perhaps... just perhaps... Reggiesus would be truly considered a miracle worker. Too bad that will never happen, and Reggie fails at life. In a related matter, Reggie has "a lot of dead reletives so I need urnes to cremate them in lol pwned...". It's a shame his powers don't work. Wait, what powers? Reggie also plays guitar, goes fencing (sic), and always wears a brown corduroy jacket. When asked why, he responds by smiling and winking.

Many of the people that know Reggiesus follow him religiously, like disciples. His disciples include Petey the Redheaded non-Irish person, Ryan the Tall, Dan the Nipple Twister, Dan the Dunn, Paul the Asian, Ben the Posse, Nick the Jew-curled non-Jew, and most importantly, Conor the Kid. Conor the Kid kisses the ground beneath his feet while he's walking on that footprint of ground. Ouch. Also, there is Mason the Peacekeeper. He always stops the fights between Reggiesus's enemy (below) and the savior. 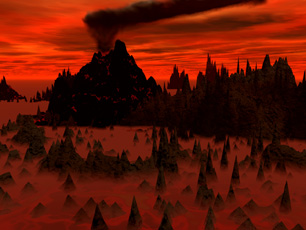 Reggiesus, being a figure, has an arch-enemy. That would be Adam the Jew. Adam is always out to kill Reggiesus... well because he's a Jew. Reggie's disciples fight valiantly at his side, and many a dumbassciple has lost his life at the hands of Adam the Jew (R.I.P. Louis the SOAD Fanboy, and Ken the Wannabe Hippie). The Jew is #4 on the top 10 list of most wanted religious criminals, behind Hitler, Darwin, and someone else.