From Uncyclopedia, the content-free encyclopedia
Jump to navigation Jump to search
Mispeleing
left

“Obvius is a misspelling of my name”

“Love ain't nothing but sex misspelled.” 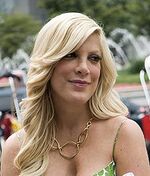 Contrary to popular belief, mispeling was actually invented before correct spelling. The Chinese philosopher Jackie Chan invented misspeling in the 4th Century BBC, when he inadvertently wrote the word for "Rhododendron" (字) in place of the word for "Somebody unlock the door and let me out, dammit!" (子). Chan's friends reportedly thought this was hilarious, and the habit stuck.

The irony around the fact that the word "miszpelling" should itself be so frequently mispeled was not lost on Tori Spelling, a television producer who named his first son "Erin" despite the fact that "Erin" is a girl's name. It is assumed that the proud father simply misspelld the ordinary boy's name "Aron". Compounding the irony, Erin later had gender reassignment therapy, acquiring a fairly nice rack.

When Mr. Spelling learned of his son's surgical adventure, it is said that he bought himher the largest Rhotodendron he could find, and that this was "over 30 m tall".[1]

Three years later, I am no closer to solving the mystery. Using a variety of barbiturates and fertilizers, I'm able to get to sleep. But still the dreams come...

Their also errors in grammar are. These errors often cozd are by words switched or being misplaced. Making sentence incomprehensible much often times. The rampant or overabundant the use of articles often a causes the grammatical a errors the as a well the. Grammatical errors usage even found in sometimes word spoken. Grammatical example is of errors in normal conversation:

Pitcher: Look out! The runner at first base is trying to steal second!
Runner: All your second base are belong to me.

Improper use of articles note and the orders of word. zomg lololololol

Bad wiki formatting can cause frustration...

[Image:Dep.jpg|thumb|left|80px|...and ultimately depression for readers.]] Errors in wiki markup are common in wikis like Wikipedia} and [[Uncyclopedia]. They are most often{{ caused by quick typing without stopping to check [whether images, boxes, font styles, headers, and other changes have been made correctly. Since one typo in wiki markup means the ' entire markup code will work incorrectly, this is a major headache [[[fo]]r regular members of a wiki, who are often forced to [mill around]] for hours cleaning up the sloppy formatting of anonymous users, only to have their work rendered null by a speedy delete an hour later.

But usully they don't cause they're too laze to do so or are unalbe to do so.

Or beat the shit out of them.