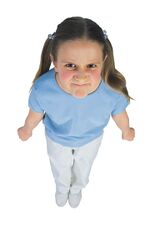 I want a recording contract and I want it now or I'm going to scream!

“I like the song a girl sings 'Pappa Don't Preach' I gotta song for you too bitch, It's called Daughter don't sing”

~ Everybody on Kelly Osbourne

Sharon was the girl featured in a Crimewatch episode about an armed robbery on a Building Society in the 1980's. She has been in Simon Cowell's gang for years. They both originate from Granville Road near the river Bourne in Old Woking. Together they split the proceeds of a series of violent crimes using sawn off shot-guns on Building Societies and Jewish families in North London. Does anyone remember that Crimewatch film footage with Sharon in the robbery as one of the robbers ? I DO...

They are both involved and guilty of land and property fraud of title deeds stolen from the family home of Erik J C Young in Heathside Rd Woking in 1973 with a man called John Berisford aka Ken Winn-Pope aka Richard Irwin and a solicitor Michael Napier QC acted as the legal beagle (crook) in the violent fraudulent game they played. One victim they sold stolen property to is Geri Halliwell of The Spice Girls......

Kelly's mother's Cowell-Osbourne-Napier mafia had two children killed in the 1990s a little boy called Christian and a little girl called Rosie, because their dad was the man whom Sharon Osbourne and Simon Cowell had robbed of his title deeds and inheritance when he was 13 years of age. Their other associate is a major Heroin dealer called Mr Sylvester aka Thaksin Shinawatra. The Israeli Intelligence Service will kill them (I've asked them to kill Simon Cowell and Winn-Pope and Napier, through my nine year relationship with a commanding officer family of Mosaad), Sharon's not Jewish she has been a violent armed robber of Jewish families and their IDs she's from a former WW2 Gestapo family.......

I am the husband of one of the daughter's of The Sultan of Brunei and I am very very very upset with the Osbourne family... so I asked my Mosaad friends aka The Israeli Intelligence Service to kill some of their friends who have been "arranging fatal accidents" that have killed children.... Outside the UK I have killed several of their global Gestapo-Satanic-Heroin Mafia during the past seven years... They are defined in legal terms as Homo Sapiens Satan... it is not unlawful to kill them they are not protected by The Universal Declaration of Human Rights or by Criminal Law.. these laws and treaties protect humans not satans.... The death sentence in the UK was abolished for human beings it can still be applied to satanists people who have given up their humanity and become satans.....

Born to father John Osborne and mother Virginia Wolf, she decided she had had enough, and in honour of Ozzy Osbourne she slightly altered her surname to match his and instead of Looking Back in Anger decided to Look Forward in Anger and reach for the Vodka and Cigars. Contrary to popular belief that she is human, which is understandable as she is pink on the crayola chart, the shocking truth is that she is actually a downed Uzbekistanian weather satellite, that landed in Ozzy Osbourne's vegetable patch one grey September morning. He had just finished huffing a whole lion that morning so naturally assumed that Sharon had given birth again.

"Bloodyhellaohwdhashituiwfuckingiuhaiuwfiawifag.....whatthefuckwasthat?" explains Ozzy. Sticking a wig on the newly born and wrapping her in lettuce, he proceeded to juggle her for 12 hours before taking her inside and feeding her an ant farm. Due to her obscene appearance US Congress is pushing a bill to have her classified as a WMD and to be decomissioned.

Kelly Osbourne is an anagram of Sell You Broken.

Kelly spent most of her childhood in a clear perspex box filled near to the brim with bonsai giraffes. The traumatic experience led to her imflamed lips and near terminal Sandinthevaginaitus. By the time she was 12 she was a fully certified gazelle jockey. To this day she holds the land speed record for hydrogen powered Llama racing. At the age of 14 she took her first step into music. She founded her first band, 'The Jackson 5' in which she played lead harmonica. She enjoyed marginal success for 6 weeks until, during OzzFest 2012, they were abducted by giant squid people and forced to work in their salt caves. Kelly was saved by Ozzy who proceeded to hurl whiskey bottles at the intruders shouting "Fuckoffigedfiueyoufuckingpieceof...aiwdjwdjsquid.Leavemysatilittealone...orkissmy...arse!" Unfortunately due to the shock, Kelly slipped into a coma for 3 years. During this time she was safely stored in the overhead compartment of Easyjet flight EZ-2067 that got lost on a route to Cliff Richard's toenail and eventually ended up in Elton John's asshole. Via the miracle of fusion energy, Kelly was able to form a symbiotic relationship with Elton's prostate gland. Fortunately it couldn't stand her rank presence and evicted her anally, from whence she came shortly after. From her rough start and misguidedness in life its not surprising that shes wanted in 12 systems. In a misunderstanding on her 18th birthday, she was accidentally mistaken for Sharon's dog Lola and was taken to Crufts where she won best of breed for Bulldogs. Her manly jawline was carved with a chisel by Michaelangelo, with Kelly chinning him to death right afterwards so her secret would stay safe...until now!!

Her debut album Shut Up! was released in 2002 to moderate sales, fueled mostly by the first thing that comes into her mouth when she thinks of her family, the album met with very good critical reviews in that they correctly said it was crap and no one really cared, she brought out another version with her father and still no one cared, she appeared as an Elvis Impersonator, in a leather catsuit with a whip and still no one cared. She even tried losing a phew pounds and so did the record company she's signed too.

Sounds of Snoring, some people actually bought it.

A move away from rock to definitely a more sombulent style.

The collection of noises called One Word did inspire Channel 4 to set up a Radio Station though, but they wouldn't let her on it, instead Sleeping premiered on Radio 3 considered as Experimental Music.

Controversial, among the few people who paid any attention.

Said to be working up to bringing some more out, the album is reputed to be called Hawking Up for a Big Gob.

Kelly is one of those annoying wastes of space, who is like totally convinced that they are worth the air that they breath because one of their parents are famous. Just because her father was Pope does not mean she is a good singer, or has any fashion sense whatsoever, although E! Entertainment will somehow tell you otherwise.