This article is about the identified flying objects. For the files in DVDs, you're probably on the wrong wiki. 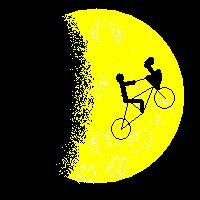 “I applied to be president of the IFO sightings committee but they rejected me. The bastards.”

IFO is an identified flying object. Unlike UFO, which is unidentified, IFO has been identified, for example, as a flowerpot, as a saucer, or as an alien spacecraft.

There is a major conspiracy of lunatics who claim that they have been contacted by aliens flying UFOs. However, this is a sheer impossibility, because once they have recognized the UFO as an alien spacecraft, it becomes an IFO.

There has been several cases of aliens of various colours (including, but not limited to, gray, green and a funny mixture of purple and yellowish green) encountering Earthlings. Why they are interested in humanity is largely unknown. The established theory claims that they suffer from an identity crisis, and thus want to be identified by Earthmen. Conspirators are trying to negate the efforts of aliens of various colours by refusing to identify their spacecraft, hence all the newspaper reports of UFOs.

This entity is identified as a lying object. However, rumors that he is a robot controlled by aliens are unsubstantiated.

In their search for recognition, aliens have resorted to extreme measures. One well-known hoax are the so-called crop circles. It was thought that creating a crop circle required sophisticated extraterrestrial equipment found only in alien spaceships. Thus, many attempts were made to identify flying objects above fields. The efforts were proven fruitless when, in 1976, a couple of green three-eyed life-forms from Proxima 5 confessed that they had been creating crop circles in England using planks, rope, hats and wire as their only tools.

After the confession, the possessions of the three-eyed life-forms were examined carefully, and it was revealed that they were in the possession of several weather balloons, which they had been using for transport.

In the post-1976 era aliens have sought recognition by pretending to be ghosts, trying to join Freemasons and bending spoons. Lately, some humanoids from Alpha Centauri have achieved some success in the business of manufacturing homeopathic medicine and writing self-help books. However, most of the alien life-forms are highly desperate and end their lives by spontaneous combustion.

This identified flying entity does not want to be treated as if he were an object.

An entirely different type of an IFO can be encountered if you make your spouse angry and (s)he starts throwing objects toward you. If you encounter such flying objects, the following protocol must be obeyed.

Birdwatchers specialize in identifying a narrow subcategory of flying objects.

Birdwatchers are known for their willingness to identify flying objects. Hence some aliens abuse this willingness, and masquerade as birds in order to be identified by them. According to studies, 67% of seagulls, 97% of pigeons and 35% of sparrows are actually aliens in disguise.

However, the identification experience can be frustrating for both parties involved. 75% of the aliens feel that they would rather be identified as aliens than misidentified as birds. On the other hand, 95% of the birdwatchers report that they go birdwatching so that they do not need to confront the alien that has masqueraded as their spouse, and thus do not want to meet any more aliens.

To relieve the problem, aliens have developed plan 9, according to which 98.5% of them will masquerade as turkeys. How exactly this would help the situation, is still unknown to the humanity.

A piece of paper transformed into an IFO.

For those readers that are DIY oriented, we give instructions how to make an IFO.