HowTo:Go off on a tangent

“ Tangents are great. I prefer tangerines, though.”

Going off on a tangent is the process of digressing suddenly from an original course of action and instead pursuing a different one. "Tangent" refers to the actual digression. Ending the tangent is generally done by relating your tangent back to the original topic (see 2. Continuing the Tangent).

This may or may not involve tangerines. 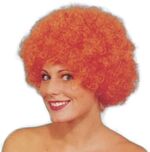 this is an orange, which rhymes with very few things. 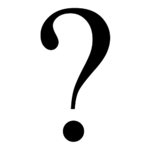 are you still reading this?

I don't blame him. He goes off tangents a lot. So do I, though. Speaking of which, I guess I'm going off on a tangent right now. That's sort of ironic. There's a girl in my class who seems to think everything is ironic. Man, is she dumb. I don't tell her that, though. I think it's funny whenever she says "isn't it ironic that [something that isn't ironic]?" It always reminds me of that Alanis Morissette song: Ironic. You know, it's the one that goes, "IT'S LIKE RAY-EE-ANE ON YOUR WEDDING DAY", and I always think, "wait, why is rain on your wedding day ironic? I don't understand that at all." It's another one of the reasons Alanis Morissette bothers me. For female vocalists of the same "genre", I'd rather listen to Shawn Colvin. She's the one with the big hit about Sonny coming home. She also lives next door to my uncle. It's weird how many famous people live next door to my uncle (well, two). On his other side is Olympic gold medalist Johnny Moseley. He was a real hot-shot skier back during the Nagano Olympics in '98. I was still young then, and I'd always get into trouble. My teachers seemed to have it out for me for no reason, though. Once, I was actually sent to the principal's office for sneezing! I swear. We were about to watch a video, I sneezed, and my teacher told me to go to the principal's office! I couldn't believe it. I'd been sent to the principal's office for worse things than that. Of course, it's not as bad as when someone stole my Pokemon cards. I punched him in the face and he punched back, which I did not anticipate. We both wound up in the principal's office, but I got my Pokemon cards back, so it's all good. I had some pretty rare ones, like a first edition holographic Charizard. I think I checked on eBay and they were going for at least $200 each. It's a good way to make some money, eBay. Someone I know actually sold six ordinary pennies on eBay for $60. Maybe they were less ordinary than I thought, though. I mean, coin collectors look for some pretty weird things. I never collected coins, though I did collect stamps, for whatever reason. I think it was because I saw an ad for a stamp-collecting club endorsed by Bugs Bunny, so since I liked Bugs Bunny but didn't really care about the stamps I signed up for the club. Bugs Bunny was pretty cool, though. He was very influential in my childhood. I liked watching all the Looney Tunes, but I really loved the ones with a lot of classical music, like "What's Opera, Doc?" and "The Rabbit of Seville". That was a great one, especially with all the Barber of Seville lyrics rewritten. It was those cartoons that really got me interested in opera music. I liked operas for a while. I still do, actually. I just went to one the other day, and it was excellent. Music overall is a pretty big part of my life, though. Actually, for a project in trigonometry, I studied music and frequencies and how the cycles are measured: it did use trigonometry. Volume was dependent on amplitude, and the differences in period accounted for different notes. Overall, it kind of looked like a sine curve. Sine and cosine are the only ones that really look like curves. Tangent looks kind of goofy. Speaking of tangents, I go off on them a lot. For information on making your own tangents, see this article).