HowTo:Break Through The Fourth Wall

Congratulations! You have reached the fourth wall. This is a magical place where fantasy and reality, along with occasional bouts of relativity, all meet to confuse the hell out of everybody. 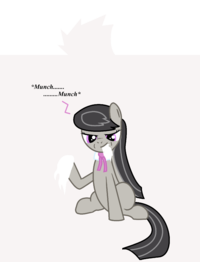 The 4th wall does taste like chinese cow brains, but do NOT try eating it or else your gut will rupture and you will shit yourself.

The fourth wall was originally invented to hold up roofs in houses, buildings, etc. However, playwrights decided it could also be used to delude actors that the audience can't see them emote, chew the rug, and botch their lines, and act like loons.

The fourth wall is invisible. This does not keep it from its original purpose, that of holding up roofs, but is vital for the adaptation of allowing audiences to see actors and not vice versa. While at first it was the dominion of the stage lords and their melodramatic minions, it soon became apparent that this wall, unlike conventional building materials, was incredibly flexible. It could instantly be erected anywhere with no warning of its presence. Its potential as an instrument of mayhem was obvious.

As soon as it was discovered that the wall was indeed invisible, people with a cruel sense of humor began erecting it at random, on streets, in water, right outside my fucking door. [I'll catch that little bugger too] Eventually it became such an obstacle to everyday living that the powers-that-be decreed that a solution was necessary. So, in a fit of self-righteous fussing, they decreed that the fourth wall could only be used on stage, screen, and paper [WTF?! what the hell does a book need with walls?]. Heh, never mind him, just a tourist. Anyways, with the decree in place people could go about their days without the fear of walking into a random wall they couldn't see, and everyone rejoiced. However, given the spate of random walls, it would be some time before people were able to walk without looking like they've been blindfolded, shuffling around with their hands out in front of them. Go ahead and picture it, you know you want to.

For many years, the fourth wall happily remained a simple barrier, an invisible construct that prevented actors from realizing people could see everything they did, and things were good. It got even better with the advent of books and film, where the wall was able to transcend the stage, and it blocked writers and screen actors from knowing that the audience could see or imagine everything they did, and life was good. When video games were invented, the wall reached its zenith, here it could stop game characters from coming to the realization that everything they did was controlled by some snotty little bastard living in his parents basement. This self-same zealot, who might be a warlord with powers of unstoppable pwnage on his computer or console, was in real life usually a fat, pale, greasy specimen of humanity who lacked even the smallest of social graces. Conversely, he may have been skinny, pale, and extremely articulate, but prevented from socializing by a crippling inability to process conversation with members of the opposite sex. Not that I'd know anything about that of course......... And in its own way, the 4th wall became almost a therapeutic application, creating a sense of power for those who had none, and life was good.

A character breaks through the fourth wall.

Now, it's usually at this point in a story that there is a major obstacle for the protagonist to overcome, some barrier to the happy ending that we all deserve and only rarely get. [except if you frequent asian massage parlors that is] However, since this is about a barrier, it pleases me to say that we have no such nonsense here, just a continuing list of good times enjoyed by the fourth wall. A non-stop barrage of enjoyment caused by humanity's neverending willingness to suspend disbelief and act as though nobody can see you while you prance around on stage in tights, or fly on wires in front of a green screen. Ah yes, a wonderful time for all to revel in. Please, take some time to revel in the security the fourth wall provides you, I know I do, every time I can in fact. While you all revel in the glory of this momentous creation, I'm gonna go hunt down that little asshat who keeps interjecting himself into my narration. No no, you folks have fun here, try out the 4th wall, it's around here somewhere, I think there's punch and pie near the door. I'll be right back (grabs duct tape, a hammer, and a shovel) (Some time later) Well, glad that's taken care of, so how was it? Good? Excellent, glad you enjoyed the reveling, some of you more than others by the looks of things. I think I might have missed out a bit here. Oh well, where were we?

Can You Break Through the 4th Wall?[edit] 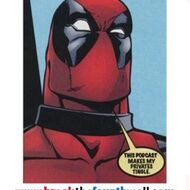 Your question makes my privates tingle.

Glad you asked, the answer is yes, and for those of you familiar with it, I've been doing it the whole time you've been here. Next question.

What was the deal with the other guy doing it?[edit]

Well, I, that is to say, what I mean is..... Oh for the love of DEVIL I don't like you acting like an attention whore ok?! And he does it to me every time, so I black-bagged his sorry, fame-seeking ass, and I dirt-napped him.