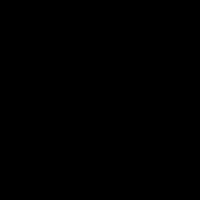 Ultimate evil, hiding in darkness, waiting for someone to open the closet door and discover it

Many are called but few are chosen.

You've probably heard all kinds of cool stuff about "evil people", and now you want to be one, too. Great! Ambition is good for the soul, and helps to clean out the sinuses! But you should be aware that most of what you've heard is not exactly right ... in fact, a lot of it is totally 180 degrees wrong.

But it's OK, because you found this page and now you can totally learn how to be evil and do it RIGHT!

The first thing you need to do is master the laugh.

Imagine how Darth Vader would sound if he were stoned out of his gourd on laughing gas. That is how you need to laugh.

But don't do it all the time -- you only laugh that way at special moments, like, for instance, at the Big Reveal when you tell all the guests at your dinner party what was really in that casserole they all claimed to enjoy so much. ("I'm so pleased at how you all just ate it up .... MWAHAHAHAHAHAHAHAH" (sound like a fiendishly amused gravel crusher))

The BBEG never gives anyone a dime[1]. But it's not because he's worried about where he's going to get $300 to pay the vet to have his dog's teeth cleaned.

In fact, the BBEG never worries about money. He's positively rolling in the stuff. Furthermore, he not only doesn't work for it now, he never worked a day in his life. Remember, really exceptional BBEGs are bloated plutocrats; they're not guys who dress in orange shirts and hold a flag on the highway while the cars pass them by and the blacktop gets stripped and relaid. You can't be really evil if you're too busy being oppressed.

So, the first order of business, if you want to be truly monstrously evil, is to be born filthy rich. That's something that you don't want to put off, by the way -- before you know it, it's too late and you've been born into a family where your dad spent his days sitting on the sidewalk dressed in rags with a sign that said "NEED MONEY FOR BOOZ" and your mom tried to keep a (subsidized) roof over your head by selling used toothpicks she picked up at the local diner and carefully washed. A beginning like that isn't going to get you anywhere. So you should get started ASAP on picking rich parents.

You don't need special powers to be Truly Evil but it helps.

If you want to be Stalin, and you're just sloshing around inside a normal human body, you're all set. Stalin was just a regular guy (I mean, aside from his behavior).

On the other hand, if you want to be Emperor Palpatine, you're going to need to master some pretty fancy stuff. I'm afraid shooting lightning bolts out of your fingertips is beyond the scope of this "HowTo", so you'll need to do some further research on your own in that case.

So, be kind to animals. Save up the nasty stuff for the ones who you know, in your heart of hearts, deserve it: Humans!

What you eat doesn't matter[edit] 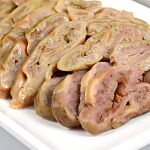 Dig right in! It's all good! (Whatever it is)

Hitler was a vegetarian, but everyone knows he was horribly evil.

Genghis Khan was famous for feasting on the heaped up brains of his enemies,[2] frequently before he had them executed, yet is remembered in a far more positive way than Hitler.

So, if your ambition is to be utterly evil, just eat whatever you want -- your taste in food doesn't really matter.

It's not necessary to have a sense of humor, but it helps a lot. In fact, you should even be able to laugh at yourself. As an example, consider Joseph Stalin. (Almost) everybody thinks of him as one of the Great Evil Monstrous People of History. So, if you're setting out to be evil, he's a great one to emulate.

Of course, you want your jokes about you to ultimately show you off at your Evil Best. For example, here's one that Stalin told his friends (I mean, I think he had friends -- anyway he told it to somebody):

Stalin had a number of foreign dignitaries come to his office for a meeting.
The meeting went well, and as they left, Stalin reached for his pipe, to relax a bit.
He couldn't find it.
He called to Beria, who happened to be nearby (and who happened to head Stalin's secret police force):
"Hey, would you run down the hall and see if our guests are still in the building, and find out which one of them took my pipe?"
Five minutes later, Stalin found his pipe under a book on his desk. He called to Beria,
"Yo, Lavrentiy! Come back -- it's OK, I found the pipe!"
"Too late," said Beria. "Five of them already confessed to taking it, and the rest died while being questioned."[3]

Note that being able to laugh at yourself doesn't mean just anybody is allowed to laugh at you. It's said that Stalin never sent anyone to prison for more than ten years for laughing at the wrong joke, but who knows.

Image is everything, and the decor you choose matters.

So, black bedsheets, for sure!

Black drapes are good, too.

Underwear with little skulls all over it might be going a bit far, though.

You will definitely need to master the uses for left over blood.

It's particularly important to use it in unexpected ways -- like, in cooking your breakfast!

Remember the scene in Golden Child, when Eddy Murphy pokes a spoon into the oatmeal, and all that blood runs out? That is how it's done! Making oatmeal with blood in place of milk is something only a truly evil BBEG would ever think of.

If you decide to use blood for painting (either artsy-type painting or just for painting the walls), keep in mind that it's not very weatherproof, and tends to fade in the sunlight. So, it's best kept for interior use only.

Creative use of spare parts is a very important aspect to being Truly Evil.

For instance, consider this passage from a famous detective story:[4]

"As we kicked in the bedroom door, I couldn't help noticing a heavy smell of formalin. My partner let out a strangled yell. I looked at him. He was staring into the bedroom, pointing at a jar on the night table. It was a large glass jar, perhaps six liters, filled with a cloudy liquid. And floating in the liquid was a left hand and a pair of eyeballs. I immediately deduced that it had been placed there as a memorial to a former lover. It was an easy deduction, since we'd found the rest of her in a steamer trunk in the basement."

In fact, this illustrates a number of points about Being Evil. 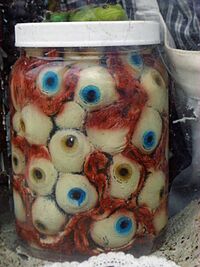 Here's looking at you, kid!

These are good for all kinds of things, from helping you to brood on past accomplishments to livening up a New Year's Eve party by dropping a few in the punch bowl when nobody's looking.

They're also compact and easy to store, which makes them a great way to keep track of your progress toward being the Ultimate Horror on Maple Street.

A glass jar is good -- it lets you admire your collection -- but you need a preservative of some sort. Formalin is the "gold standard" for storing body parts, though it doesn't do a good job of preserving the colors. Alcohol can be used if you can't get formalin, but keep in mind that things tend to fall apart when stored too long in alcohol.[5]

To have a good record of their original colors, you'll probably want to photograph the eyes while they're fresh. Be careful about where you store the images, though -- more than one BBEG wannabe has been taken down by an over enthusiastic border control agent digging around in a laptop. 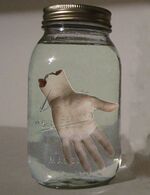 Could you lend me a hand, just for a minute?

They're nice for use in gags -- "Hey, anybody here need a hand?" -- but aside from that they're not as useful as eyeballs.

Heads used to be totally stylish (see, for instance, the scene in Moby Dick in which Queequeg is is trying to sell his head, and someone points out that it's Sunday and he'd do better to wait for the morrow). They were just exotic enough to make them "cool".

Now, though, they've mostly gone out of style. If you have a row of preserved heads on your mantle piece, people will notice, and not in a good way.

If you find you just cannot bear to part with your collection of heads, consider shrinking them. It preserves them (so they won't need to take up freezer space) and it also makes them far more compact. The techniques you need are beyond the scope of this page, but a quick Google search will no doubt turn up a solid primer on the subject.

This is so important we probably didn't even need to mention it. You never know what you may find yourself storing, nor how long you'll need to store it for, so yeah -- a freezer. The bigger, the better.

Note that you should definitely opt for a chest freezer with a lid that lifts up, rather than an upright or front-opening style. The chest freezer will keep its contents cold (and stink-free) for far longer in the event of a power outage, particularly if you can resist raising the lid every few hours to admire what you've got stashed there.

This is also extremely important. In the event that you've got too much stuff to store to fit in your freezer, you'll want to be able to permanently cache it somewhere, and your own backyard is by far the most convenient place to do it.

You might consider getting a Bobcat, too. It makes the associated digging faster and much easier. It's also pretty common to have equipment like that if you've got a big yard, just for doing yard work around the home, so it won't raise any eyebrows.

This is a bit of an afterthought, since you've presumably arranged to be filthy rich (see section on "Money"), but you still might be looking for something to spend your time on.

The obvious choice might seem to be serial killer, but really, that's a rather limited view. There are lots of options!